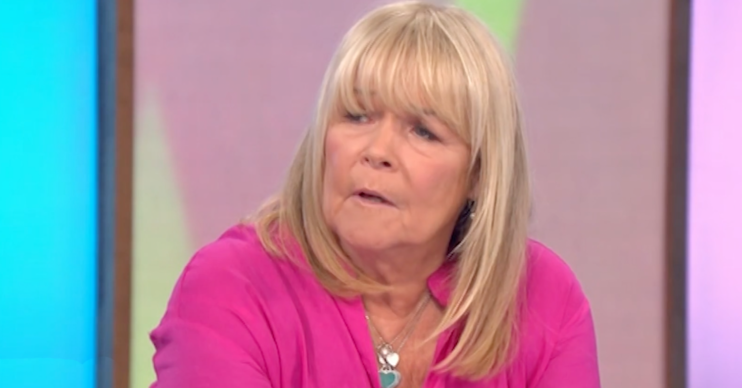 Fans of the ITV show were feeling pretty irked today

Loose Women star Linda Robson took to the panel of the ITV daytime show today (May 13).

Linda was joined by Kaye Adams, Katie Piper and Nadia Sawalha on the panel.

They discussed Rebekah Vardy’s comments about Peter Andre, and welcomed singer Bryan Adams to the show.

However, it was a habit of Linda’s that was picked up by viewers of the show, who preceded to take to Twitter with their moans.

Poor Linda couldn’t catch a break on the show today, with viewers coming at her from all angles.

Most of the comments, however, were about a phrase Loose Women star Linda seemed to repeat on more than one occasion.

Taking to Twitter, one person made light of the Loose Women star.

Take a shot every time Linda says ‘and that’ and you’ll be in hospital by 1pm.

“I like to have a shot every time Linda says ‘and that’,” they joked, before adding: “I’m passed out till tea time.”

“Take a shot every time Linda says ‘and that’ and you’ll be in hospital by 1pm,” posted another.

“Or mentions Lauren and that!” they said, joking about one of the star’s daughters.

“How long before she mentions Lauren and the grandkids,” mused another.

Who are Linda Robson’s kids and grandkids?

Linda is, of course, proud mum to daughters Lauren and Roberta and son Louis.

Lauren is Linda’s eldest, from a previous relationship, and she has two daughters.

As a result, Linda is a very proud grandmother to Lila and Betsy.

Elsewhere on the show, Linda commented on Rebekah Vardy‘s comments about Peter Andre.

She said that the comments were “disgusting”.

As a result, Linda added that Rebekah “should be ashamed of herself”.

“I feel for his wife and for his kids and that because it’s just embarrassing.”

So what did you think today’s Loose Women? Tell us on our Facebook page @EntertainmentDailyFix.