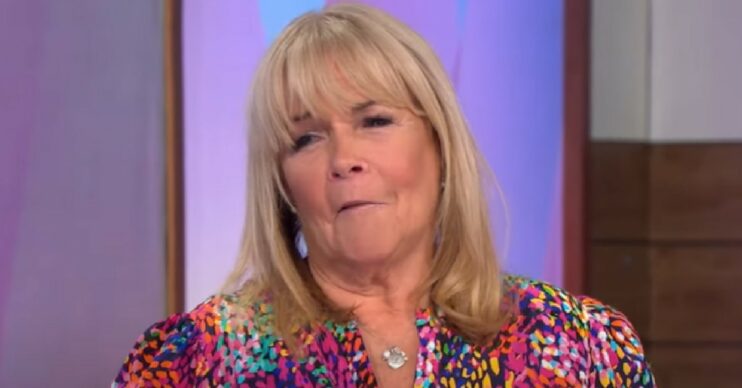 Linda had a bronzed glow!

But it wasn’t long before viewers spotted Linda’s sun-kissed glow and speculated that she had fake tanned.

As Linda and her co-stars got stuck into the show’s topics, many took to Twitter to comment on Linda’s hands.

A third replied: “I noticed that.”

It comes days after Linda divided viewers when she defended Boris Johnson amid the ‘partygate’ scandal.

The show was discussing whether we should “move on” from the Downing Street lockdown gatherings scandal.

He’s always riding around on his bike and we used to stop and have a chat.

Linda told her co-stars: “I live in Islington and I’ve seen Boris loads of times, he’s always riding around on his bike and we used to stop and have a chat.

“I do believe that not all of it was his fault.”

Linda added: “I’ve just spoken to him and I really like him. I think he’s a really decent man.”

Some viewers didn’t agree with Linda as one person wrote: “I used to like Linda Robson until now that she’s actually sticking up for Boris Johnson and making excuses for him and his law breaking.”

Read more: The Staircase: Are Sophie Brunet and Michael Peterson still in a relationship?

However, another added: “I want them all to shut up about it purely because let’s face it – nothing will change.”

A third said: “I am with Linda! Fed up of hearing about it now, time to move on!”