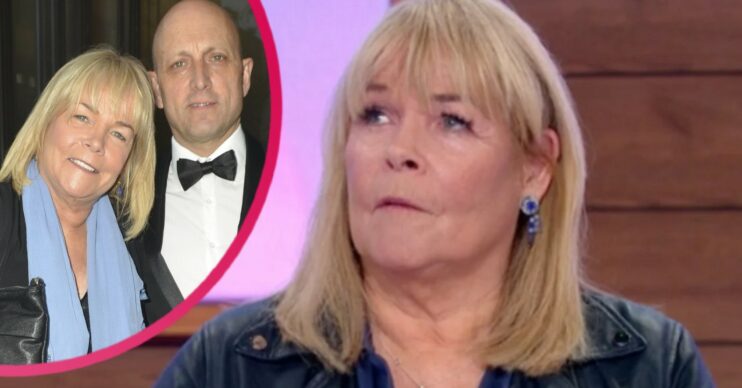 The actress became 'addicted' to her phone

However, Linda admitted their relationship came under strain after becoming obsessed with her phone.

During today’s Loose Women, the panel went on to discuss the harmful effects of social media.

Linda shared: “It is really addictive. I was addicted to social media, do you remember?”

Nadia Sawalha responded: “You were the worst!”

I wouldn’t go anywhere without my phone

Linda went on: “I wouldn’t go anywhere without my phone. I’d wake up in the middle of the night and be looking at social media.

“I mean, it nearly ended my marriage because we’d be sitting watching a film and I’d be on my phone.

Linda also revealed she decided to take a break from her phone after battling a tough year.

The ITV star continued: “I came off all social media and put my phone down for a year, cos I’d had a really tough year that year.

“When they said to me, the family, ‘Well you’re gonna have to get your phone back now cos you’re going back to work, and you need to get emails and everything’.

Linda admitted she now allows her daughter, Bobbie, to take over her social media.

Meanwhile, it isn’t the first time Linda has shared her personal issues on Loose Women.

Last year, she broke down as she admitted that she had been battling anxiety, depression and OCD.

At the time, Linda had just returned from an 18-month break from the show.

She said: “I came off the wine, and upped tablets to sleep, so I went to see someone and they gave me something else – and I won’t name it – but it gave me bad anxiety and depression, and my OCD kicked into overdrive.

“I was like a mad woman cleaning every day. At one point I was having four baths a day, I was washing my bedding every day.

“People joke when they hear someone talking about OCD, but it’s not actually a joke, it took over my life.”