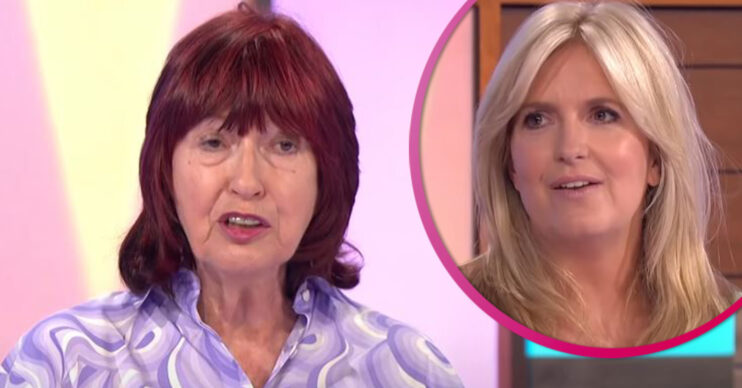 Janet and Penny previously clashed on the show

Loose Women star Janet Street Porter made a dig at Penny Lancaster as she debated with Denise Welch on today’s show.

Last week, Janet, 74, clashed with Penny, 50, in a row over whether working mothers should highlight being a parent on their CVs.

In the clash, the pair made digs at each other before Janet told her co-star: “In a debate Penny two people will speak and generally one after the other and they get equal time.

“Not one person puts their point of view and I have to just shut up.”

What did Janet Street Porter say on Loose Women?

As Janet tried to get her point across, she asked Denise if she could “get a word in”.

As Denise was giving her opinion, Janet interrupted: “Darling, you’re not Penny Lancaster so I would like to get a word in.”

Denise’s jaw dropped to the ground as she looked stunned by the jibe.

Viewers were also shocked by Janet’s remark on Twitter.

Another commented: “Not sure Penny and Janet will be on together for a while lol.”

Meanwhile, Denise voiced her opinions on the government’s plans to lift restrictions later this month.

She said: “July 19 personally doesn’t change things for me… It’s the fact that again we’re back to football and tennis, what about social distancing?

“They’ve had their freedom for weeks now, but the theatres, for example, haven’t.”

Janet added: “I would agree with Denise that it’s been announced that the Wimbledon final’s going to be full capacity.

“There is a double standard at work here.”