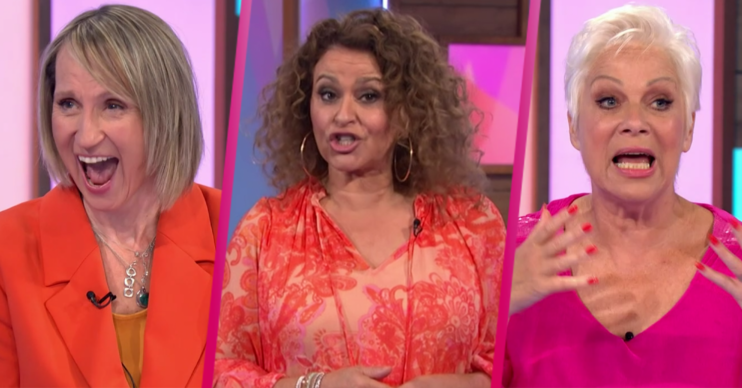 The Loose 'look back' was fronted by Nadia Sawalha

The extended panel show run for an hour and 15 minutes.

However, avid Loose Women viewers were left unimpressed with the show’s content.

Clearly already in a bad mood because of the grey Bank Holiday Monday weather, some bemoaned the fact the extended episode was filled with repeat clips from over the years.

Nadia Sawalha hosted it and faces old and new took turns to look back at their best bits over the years.

However, not everyone was keen on the format.

In fact, some took to Twitter to claim they thought the episode was “a more rubbish than usual show”.

What did viewers say about the show?

“What a more rubbish than usual show today. All the news topics we could discuss and it’s a ‘best bits’ show with presenters going on about themselves.

“These are supposed to be best bits,” said another. “Couldn’t you get anyone to work on a bank holiday?”

“It was a yawn fest,” a third agreed.

“Jesus this is dire,” another cruelly said.

“Switched off after five minutes,” another commented.

“First time round episodes of #loosewomen is enough without reminders,” said another ITV viewer.

“Why is #LooseWomen on #BankHolidayMonday?” another asked. “Isn’t it bad enough that it’s cloudy and grey without heaping more misery on us!”

However, not everyone felt the same – some love the look back show.

“High functioning anxiety and depression exists. It’s real and debilitating at times. Only when you look back to see how far you have come your realise so much,” they added.

“Catching up on today’s @loosewomen, it’s emotional to see what @LindaRobson58 went through and how openly she talked about her mental health,” said another.

Others commented on the change in the ladies’ appearance over the years too.

“@kayeadams looks like @vicderbyshire in a lot of today’s archive shots too!” they said.

Head to our Facebook page @EntertainmentDailyFix and tell us what you thought of the show.