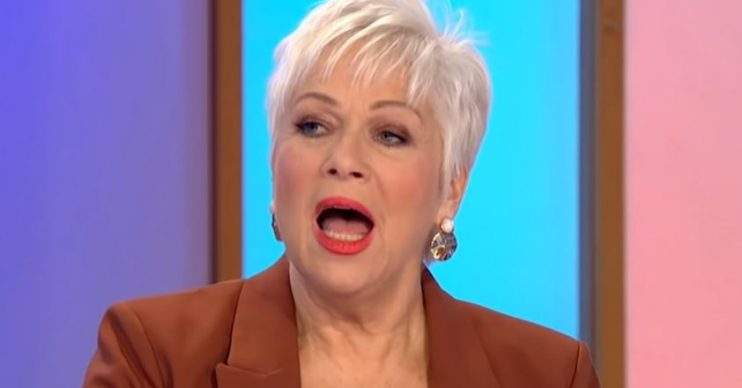 It affects so many people

Presenter Denise Welch has revealed she regularly wets herself in a bid to quash the stigma surrounding incontinence.

During a candid discussion on today’s (March 9 2020) episode of Loose Women, the host admitted she will often wet herself when she laughs or sneezes.

But she refuses to be embarrassed by urinary incontinence, which affects almost half of women aged over 65, according to Women’s Health.

The star was discussing a new advert for incontinence pads with her fellow panellists Andrea McLean, Linda Robson and Jane Moore when she said she felt it needed a bit more humour.

I should have done more pelvic floor exercises.

Denise said: “I wet myself all the time. I’m very open about it. I should have done more pelvic floor exercises, I realise that now!

Speaking further, Denise explained how she uses humour to get past the feeling of shame.

“I get through that with humour, I don’t make any bones about it. I’m not really embarrassed about it; I don’t know if that’s just me but I know a lot of people are embarrassed by it.”

Denise went on to say that if she was an advertising executive, she would “make an advert with humour” as the one she’s in made her “cringe”.

Elsewhere on today’s Loose Women, the panelists got to chat with Dancing On Ice champ Joe Squash, who beat Perri Kiely and Libby Clegg to be crowned the winner last night (March 8 2020).

He said on the programme: “Honestly, it’s the weirdest thing in the world, isn’t it? It’s the last thing I thought would happen when I started this journey. I just thought, ‘If I can get to Christmas without breaking anything…'”

Joe also appeared on today’s episode of This Morning, where he revealed he somehow managed to misplace his Dancing On Ice trophy at the show’s wrap party.