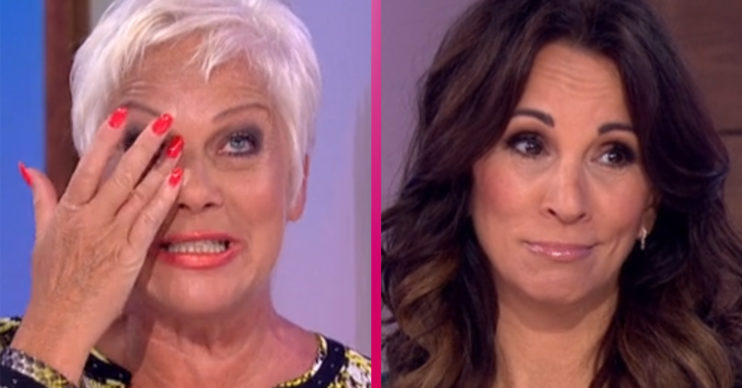 Loose Women: Denise Welch in tears over son moving out of the family home

A sad day in the Welch household

Loose Women star Denise Welch broke down in tears on today’s episode of the show after she revealed her son had moved out of the family home.

The outspoken panellist, 62, got emotional when she described what she called “the end of an era”.

'I walked in and all his stuff was piled up by the front door. It's the fact that it's the end of an era.'😢

Poor Denise couldn't hold back her tears today as son Louis is all packed up for a big move to London today!

Why did Denise Welch break down on Loose Women?

“Denise, you arrived at work a little bit emotional today,” she began the discussion.

When she began to tear up, she said: “It’s so ridiculous, I’ve been sat here going ‘don’t be so utterly stupid, this is the best thing that could happen’.

“And it is. He’s leaving home today.”

She then apologised to the rest of the panel for being “embarrassing” and “so cringe”. 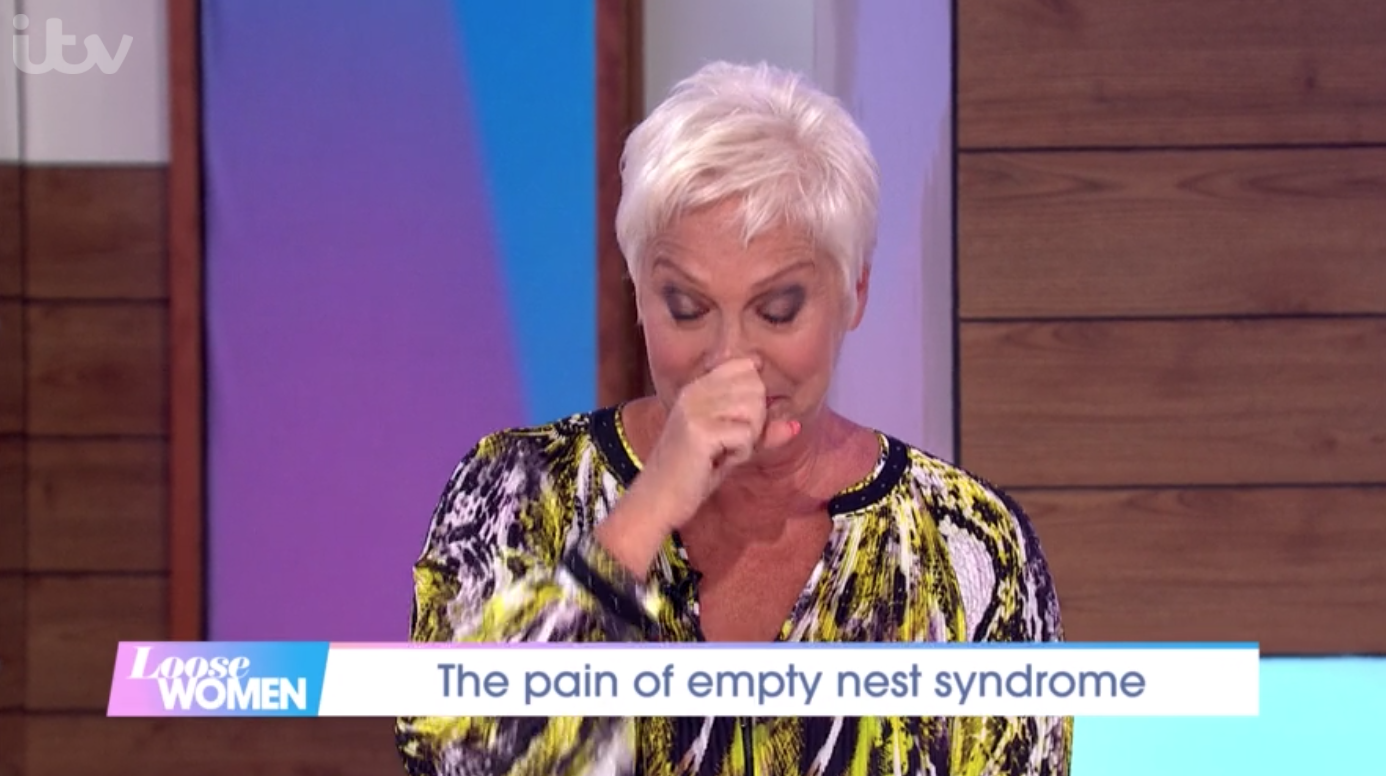 Why did Denise Welch say it was the end of an era?

Denise, who arrived back in the UK after an eventful break in Portugal on Sunday night, said: “We’ve been planning this for ages. He’s moving into a flat with his mate.

“I walked in and all his stuff was piled up at the front door.”

I’ll see loads of him, but it’s the fact that it’s the end of an era.

She continued: “I’ll see loads of him, but it’s the fact that it’s the end of an era.

“It seems like two minutes ago that he was clinging onto my leg, and I used to pretend that he was a little koala bear in nursery school.”

Denise’s son is moving in with a mate

“I know exactly how @RealDeniseWelch feels,” one viewer said.

“My eldest left for uni 3 years ago and I still cry every time I see this photo of his first day of school.

“Nothing prepares you for how it feels when your child leaves home.”

Another wrote: “Yep I get it Denise.

“When my boy moved into his own flat it took me weeks to get over it. He’s only 20 minutes up the road!! But it is the end of an era.”

What else has Denise been up to?

Despite the emotional milestone, Denise found time to have a furious row with Piers Morgan while she was in Portugal.

The GMB host hit back at Denise after she appeared on This Morning, arguing that the media and government have overreacted regarding coronavirus.

“Dumb, deluded & dangerous COVID-deniers like Denise Welch need to stop being given airtime,” he said.

“Her idiotic, ill-informed ramblings – from a woman who never stops telling us that she suffers from mental illness – will cost lives by persuading people to think the virus isn’t a threat.”