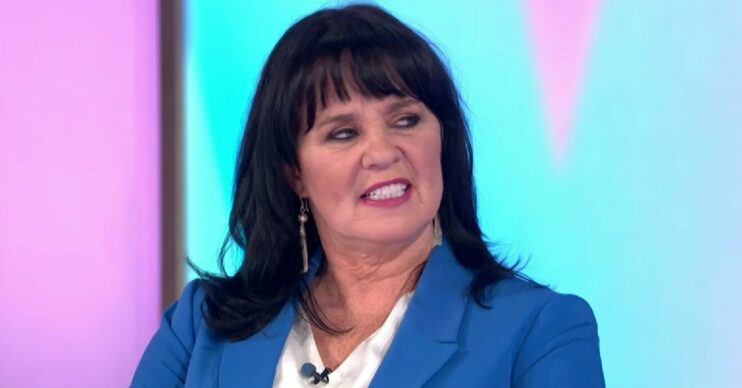 She debated over the decision for a while

The 56-year-old panellist recently underwent dental work after years of wanting to transform her smile.

Appearing alongside Kaye Adams, Brenda Edwards and Jane Moore on the show, Coleen seemed pleased as she proudly showed off her new gnashes.

Kaye, who appeared as anchor, was the first to mention Coleen’s new look.

Hinting at the transformation, she said: “I’m just going to put my sunglasses as there’s a heck of a glare coming from where you are, Col! Oh, the teeth! Oh my god!”

Coleen went on to proudly show off her pearly whites.

I have finally had the old gnashes done

She explained: “I have finally, finally had the old gnashes done. It’s just something I’ve always, always wanted done.

“I really look at teeth on people and all of that and I think as well, when you’re in our industry as well, and everyone’s having them done and every time I watch things back on telly I think, ‘Oh, I need those teeth done!’

“And as a mum, because it is an expensive thing to do and I’ve put it off for years going, ‘No, I can’t justify it!’

“But the kids will be like, ‘But you’ll justify spending money on us!’ For the first time ever they said, ‘Mum, just do it!'”

Kaye also revealed she’d had work done on her teeth.

The presenter shared: “I mean, I got mine done eight years ago or something and I agonised too over the cost of it.

“I was always self-conscious about it and it was the best thing I’ve ever done.”

In addition, Coleen admitted that her new teeth were causing her to smile more.

Kaye then joked: “Because you used to be a miserable cow! Oh sorry, did I say that out loud?”

On Twitter, one said: “Coleen’s teeth looking fab – good for her.”

Another added: “Coleen’s got different teeth not just whitened teeth like she says #LooseWomen.”

Read More: Coleen Nolan left ‘horrified’ by doctor as she opens up on miscarriage with ex Shane Richie

ITV viewers appeared to love the format, with some urging for a permanent change.