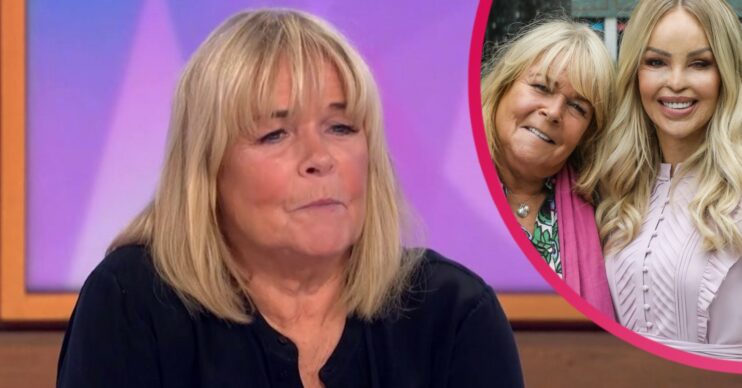 Loose Women cast: Linda Robson discusses shake-up as she says she hopes they ‘don’t get rid of us’

Loose Women cast member Linda Robson has confessed that she’s worried about her place on the panel.

The Birds of a Feather star, 63, has been a part of the ITV panel show since she first joined in 2012.

She’s now one of the longest-serving Loose Women panel members alongside the likes of her co-stars Coleen Nolan, Jane Moore and Denise Welch.

The ITV series has undergone somewhat of a shake-up in the last year with the likes of Andrea McLean and Saira Khan deciding to step down.

They’ve been replaced with some fresh new faces such as Katie Piper, and now Linda has confessed that she worries she could be next on the chopping block.

“I think it’s good that they keep mixing it up, we’ve got new Loose Women,” Linda told Express.

“We’ve got the regulars like myself, Kaye [Adams], Nadia [Sawalha], Carol [McGiffin], Denise [Welch], we are the old ones that have been there for a long time. Then we have the new ones like Frankie Bridge and Katie Piper.”

She continued: “I just hope they don’t get rid of us old ones. I love it, it’s like it has never felt like a proper job. I started off doing it just because I lived nearby. And gradually, I started to become a regular. I look forward to going to work!”

Linda has become a favourite amongst ITV viewers thanks to her willingness to open up about her life.

Last month (July), the actress confessed that her marriage to Mark Dunford almost fell apart after she became addicted to her phone.

The pair has been married for more than three decades.

“I wouldn’t go anywhere without my phone,” she told the panel. “I’d wake up in the middle of the night and be looking at social media.

“I mean, it nearly ended my marriage because we’d be sitting watching a film and I’d be on my phone.

Linda added: “I came off all social media and put my phone down for a year. I’d had a really tough year that year.”

Do you want Linda Robson to stay on the Loose Women panel? Leave us a comment on our Facebook page @EntertainmentDailyFix and let us know what you think.