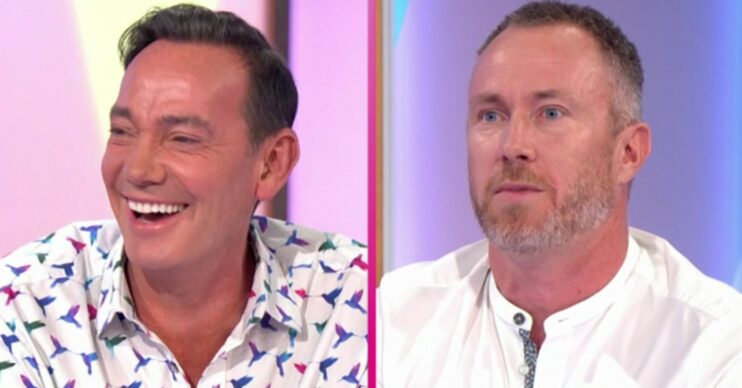 The show aired a special Loose Women and Men

Loose Women viewers have urged for Craig Revel Horwood and James Jordan to become a permanent fixture, as they joined the cast today.

The Strictly Come Dancing stars surprised fans as they appeared on the ITV programme on Friday (August 27).

The host then went on to introduce co-star Denise, before Craig and James joined the panel.

During the programme, the foursome went on to discuss a whole host of topics.

They started on the Strictly ‘curse’, before moving on to the topic of weddings.

As the segment kicked off, Coleen made a cheeky dig at co-star James.

James said: “But choosing people because of the way they look, isn’t that a bit…”

Coleen then interupted: “Well I don’t know Ola chose you. What was she on at the time?

“Yeah she needs to go Specsavers like I did.”

Later on, Craig and James even got involved in a pelvic floor demonstration.

Viewers appeared to love the format of the panel show, including their hilarious banter with one another.

On Twitter, one said: “Just watching the new format with Loose Women! Great, well done ITV. Much more interesting and you get to know the real person, not their tv persona.”

#LooseWomen . Just watching the new format with loose men! Great, well done ITV. Much more interesting and you get to know the real person, not their tv persona.

Another tweeted: “Love it when the Loose Men appear #LooseWomen.”

Meanwhile, others praised James’ appearance on the panel.

One said: “@loosewomen I really like seeing @The_JamesJordan, he’s always interestingly honest whilst being respectful not just saying what people want to hear.”

Love it when the Loose Men appear

A second gushed: “It was nice to see @The_JamesJordan on @loosewomen. He has such a refreshing prospective on some of the topics that were talked about on the show today.

“I hope he appears on the show again. He’s got a brilliant personality to #LooseWomen.”