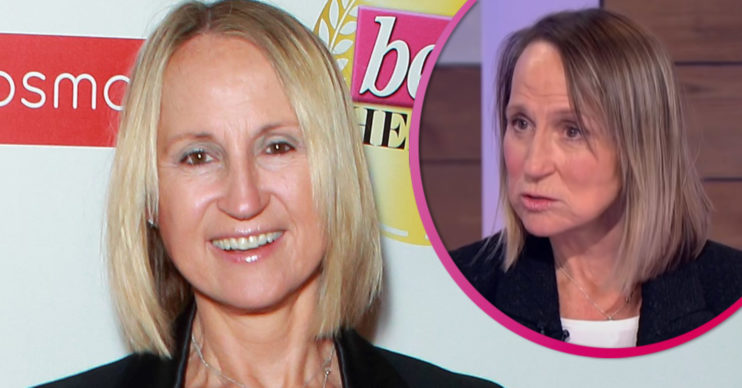 Will you be glad to see her back on the box?

Broadcaster Carol told followers on Tuesday (June 1) she would be appearing on their TV screens again very soon.

The 61-year-old also indicated she is feeling “cautiously” positive about the future, too.

Where has Loose Women cast member Carol been?

It seems that Carol has spent most of lockdown – and the pandemic – in France.

She last appeared on the ITV chat show back in December, when she made a surprise appearance in the studio.

Carol and producers pranked her fellow presenters by pretending her video feed had cut out while she was speaking from France.

But then, moments later, she sauntered onto the Loose Women set leaving both Jane Moore and Nadia Sawalha shocked.

What did Carol say about her Loose Women comeback?

Carol suggested she will be ‘back for good’ (as well as back on social media) when she appears on Loose Women later this week.

She wrote, alongside a plug for her Best magazine column: “Right. It’s been a while I know, but I’m back. Back on here, back in London, back on Loose Women on Friday.

“And believe it or not, feeling cautiously optimistic.”

Carol explained more about her absence in her mag column.

She wrote: “I’m back on Loose Women this week after five months away and I can’t tell you how much I’ve missed it!

“The show, the girls, the routine, getting dressed up.”

How have her fellow Loose Women and fans reacted?

Nadia was swift to comment on Carol’s Insta post in what we think was an affectionate manner.

She wrote: “Can’t wait to ‘hang loose’ with you you old cow!”

Carol replied: “Charming! Missed you too you old hag!”

Fans, meanwhile, were a little more conventional with their greetings and gratitude knowing Carol will be on the show on Friday.

“Nature is healing,” one person commented.

Another remarked: “So good to see your post after so long.”

Meanwhile, a third added: “The best news ever!”