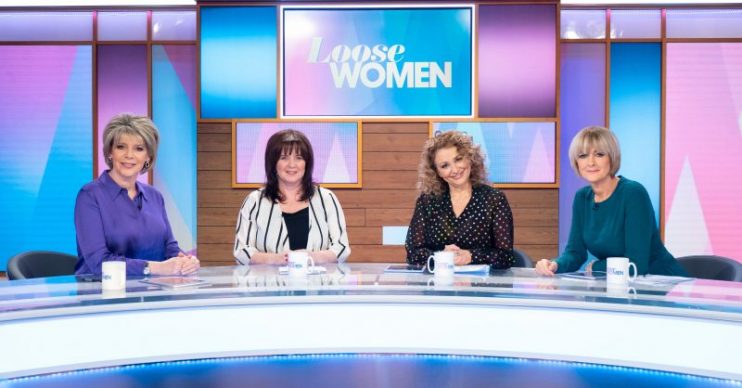 The daytime show will only air today

Fans of Loose Women will be gutted as the show is cancelled from tomorrow for the rest of the week.

The daytime programme will air on Monday (March 9) but it will be pulled from the ITV schedule from tomorrow (March 10) until Friday (March 13) to make way for coverage of the Cheltenham Festival.

TV schedule guides for this week confirm Loose Women will be replaced by the horse racing event.

ITV’s This Morning – hosted by Holly Willoughby and Phillip Schofield – will continue from 10am to 12:30pm as normal.

The ITV News will then air until 1pm when the racing begins.

Meanwhile, Good Morning Britain and Lorraine will also stay the same all week.

This isn’t the first time ITV has changed the schedule to make way for the racing and other sporting events.

Last year, viewers were unimpressed when both This Morning and Loose Women were cancelled for the 2019 Rugby World Cup.

At the time, This Morning host Holly told viewers: “That is it from us today. The Rugby World Cup is taking place tomorrow and Monday, so we won’t be back until Tuesday.”

This is not good, am not interested in rugby, spoiling my day.

Viewers were left raging and voiced their frustration on Twitter.

One person raged: “You have FOUR bloody channels but you cancel @thismorning @loosewomen and I see it is not much better next week so it wont be any better until the rugby is finished.

“Do you know how many OAP and house bound people rely on you for company? Shame on you.”

A second disbelieving person added: “I can’t believe that @thismorning is cancelled due to the RugbyWorld Cup. And @loosewomen.”

Another unhappy viewer contributed: “This is not good, am not interested in rugby, spoiling my day.”

Others were glad the rugby was replacing the daytime shows, as one tweeted: “Fabulous – Rugby World Cup ready in this house – it’s only every 4 years, chin up people you might even enjoy it!”

“Watch the rugby people, you won’t look back!” another wrote.