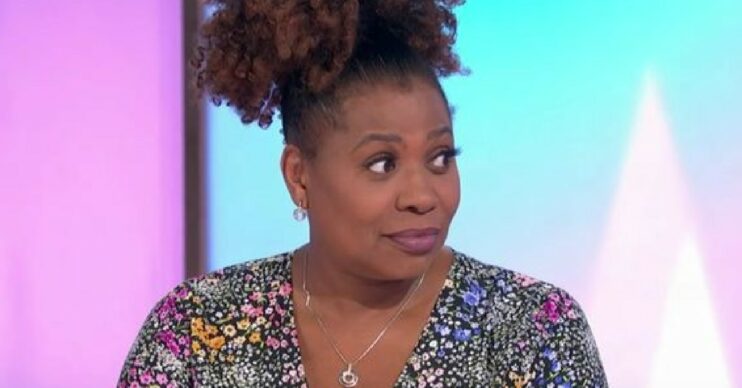 ITV viewers were not impressed

The women got to chatting about throwing parties for friends and families when Brenda shared a controversial opinion.

What did Brenda say on Loose Women today?

She revealed that she charges her pals and family members a fiver to come to her parties.

Brenda told the other Loose Women that she “isn’t made of money” and didn’t see why the cost should fall on her if everyone is having fun.

Read more: Coleen Nolan left ‘horrified’ by doctor as she opens up on miscarriage with ex Shane Richie

Coleen asked if anyone had ever asked for a refund because they hadn’t liked the party, but Brenda said she would never throw a “naff” bash.

Linda Robson then added: “You need a steady flow of guests arriving and there are rules to a party.

“Some being: don’t get too drunk as the host you have to make introductions, have a steady flow of guests arriving, therefore, lie about the start time, lock doors to off-limit rooms, plan your exit strategy to end the night.”

As Brenda ranted away, Coleen joked: “What is up with you today?”

Fans rushed to social media to lash out at Brenda’s confession, with many baffled at her stance.

One said: “Brenda needs to calm down she’s making me cringe.”

“What is wrong with Brenda?” questioned another baffled fan.

A third ranted: “Brenda’s on one today.”

However, others loved Brenda today as one person said: “I love @brenda_edwards too much.”

Another added: “@brenda_edwards I’m sold! I want to come to one of your parties.”

A third said: “@brenda_edwards love your idea of charging for a party.”

What do you think of Brenda on today’s episode of Loose Women? Let us know by heading to our Facebook Page @EntertainmentDailyFix and leaving a comment!