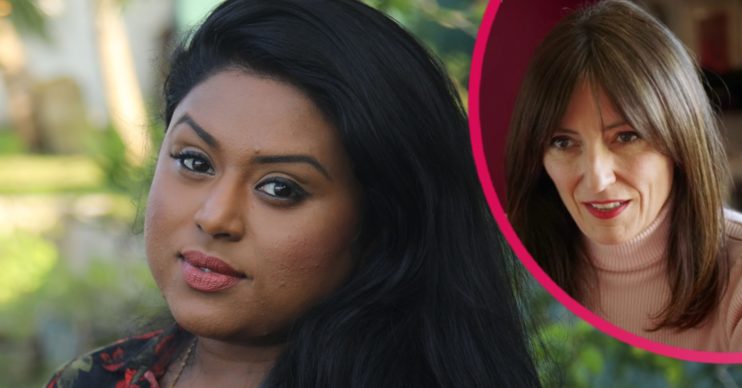 Long Lost Family viewers were left sobbing last night after a daughter was denied a meeting with her birth mother.

During last night’s show (February 1), Yasika Fernando travelled to Colombo to find her biological mum after being separated at just two months old.

However, Yasika was later hit with the news she couldn’t reunite with her mother in person.

The 31-year-old, who was born in Sri Lanka, grew up in London with her adoptive parents Donald and Yasantha.

Her parents were both Sri Lankan and moved to Britain in the early 1980s.

At the age of 18, Yasika’s parents explained she was adopted from a convent in Colombo.

Speaking on the show, she said: “It was a shock. I was sad to know that I’m not theirs in that way.”

Since then, Yasika became determined to find out why her biological mother gave her up.

She employed the help of the ITV show, where they followed her to Sri Lanka to meet a nun at the convent.

The nun told the team Yasika’s birth mother did want to meet her.

Sadly, viewers were unable to see the reunion as Yasika had to return to the UK.

Furthermore, the 31-year-old was unable to travel back due to COVID restrictions.

Yasika explained: “I’m not able to meet my birth mother at this time. I haven’t seen her still.

“Once I’m able to travel and they say it’s okay I will definitely make that trip.”

Viewers were then told Yasika had spoken to her birth mother on video call, but she did not want to be filmed.

One said: “So sad for Yasika not being able to finally meet her birth mother & grandmother in Sri Lanka because of COVID.”

Another wrote:”#LongLostFamily was amazing tonight such heartwarming reunions. A shame COVID made one of them so different and their journey now will be impacted by it.

“I hope we get some what happened next with these two.”

OMG! The Monday blub-fest that is #longlostfamily totally lived up to expectations tonight. Sobbed throughout most of programme!

In addition, a third tweeted: “Imagine finding your birth mum & grandma after searching for years & then can’t visit them because of the virus. Absolutely heartbreaking.”

A fourth added: “OMG! The Monday blub-fest that is #longlostfamily totally lived up to expectations tonight. Sobbed throughout most of programme!”

Read more: Long Lost Family on ITV1: How do I apply to get on the show?

Furthermore, another shared: “Really hope she gets to meet her birth mum in person post Covid. #LongLostFamily.”

Meanwhile, on the show last week, a mother and daughter were reunited after 50 years.