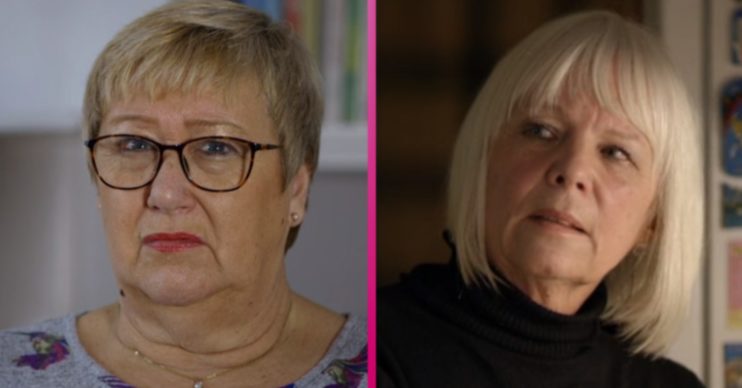 Both were just 15 when they got pregnant

Lost Lost Family: What Happened Next viewers were sobbing last night as a woman and her best pal described having to give their babies up for adoption.

The final episode of the ITV documentary series featured 64-year-old Sheila Knox, who was on to look for the son she had taken away from her at just six weeks old.

She said on the programme: “Having him adopted was the biggest decision of my life, and having to make it while I was still a child myself… it was so hard.

When she was a schoolgirl, Sheila lived in a small house in rural West Yorkshire with her widowed mum, grandad and younger sisters.

At just 15, while dating a local boy, Sheila fell pregnant.

“My mum was very supportive,” she explained. “But I was too young to care for a baby. I knew how tight money was, and with another mouth to feed, it would have been even worse.”

So she made the decision to give the baby up for adoption.

Sheila said: “I wanted my child to have the things I didn’t have. To have a better life than the one I had.”

When she travelled to the nearest town, Halifax, to move into a mother and baby home with other young pregnant girls.

There, she met Marilyn, another expectant 15-year-old, and the pair became lifelong friends.

Six weeks with their sons

“[We were] both very frightened,” Sheila said. “We had no idea what was involved.”

Both girls went into labour on the same night and both had baby boys. But it was hard for them, knowing their sons would be taken away in just a few short weeks.

Sheila said, “We were bonding, with the babies” as the friends looked at black-and-white pictures from their time at the home.

Marilyn reflected: “And knowing that at the end of the six weeks we had to give them away…”

“It was quiet in the nursery at night,” Sheila continued. “I just used to sit there and cuddle him. You’re fighting all your motherly instincts.”

When their time was up, they travelled together to the adoption society.

Sheila described their final moment with the tots: “We were sat in a room with the babies. And we took a bag of clothes and some baby milk, I think.

“And somebody came in and just took the babies away. Just like that. I remember getting into the car, just feeling empty. Life’s never the same.”

Thankfully, Sheila was eventually reunited with her son.

Reacting on Twitter, one viewer said: “So sad. I’m glad they are able to reunite now. Heart wrenching.”

Another wrote: “Gosh I sobbed. Heartbreaking.”

Someone else said: “How cruel letting them keep the babies for six weeks, then ripping them away without even a goodbye. #longlostfamily my pregnant heart cannot cope.”

So sad. I'm glad they are able to reunite now. Heart wrenching

Long Lost Family: What Happened Next, hosted by Davina McCall and Nicky Campbell, is available to watch on ITV Hub.

What did you think of the spin-off series? Leave us a comment on our Facebook page @EntertainmentDailyFix and let us know.