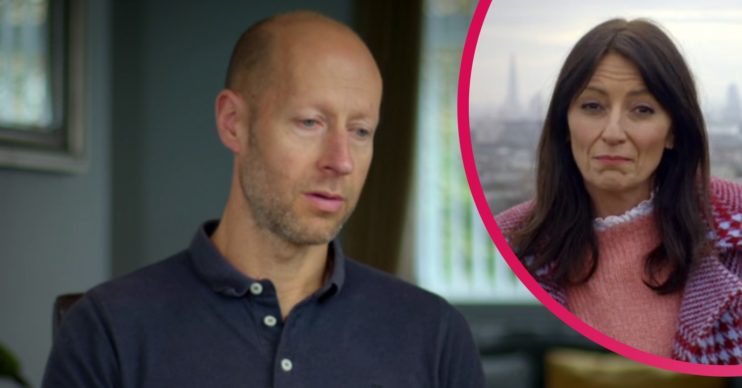 He was just so pleased he got to meet him

ITV viewers were emotional last night when a man who found his dad on Long Lost Family several years ago received some devastating news.

Monday (July 13) evening’s episode of Long Lost Family: What Happened Next featured Robert, who was on the programme in 2015 to hunt for his father.

What happened on Long Lost Family: What Happened Next?

The dad of three, from Ayrshire, was raised by his mum and enjoyed a happy childhood, but always wondered who his dad was.

His mum moved to London when she was 18 and found romance with an Eastern European man named Mladen.

But when she fell pregnant, she returned to Scotland to be closer to her support network. She left Mladen behind and he went back to Europe. But Mladen wrote Robert’s mother a letter to tell her how gutted he was and wondered why she had moved away.

For Robert’s original episode, the Long Lost Family team travelled to the former Yugoslavia. They tracked Mladen down in Split, a city in Croatia.

He was 71, divorced, had no other children and didn’t know anything about Robert.

Wished he’d been there

When Nicky Campbell, who hosts the programme with Davina McCall, told Mladen about Robert and showed him photographs, he grew emotional. Mladen explained how he was sad not to have been there for Robert when he was growing up.

Their meeting, when they eventually came face to face, was a happy one. Mladen was pleased to learn he had grandchildren and was eager to meet them.

Robert later took the boys to see him, but once the family resumed their normal life in Scotland, things changed.

Robert explained: “Without a doubt, the biggest challenge was the distance. You can’t really get to know somebody through phone calls.”

Eventually their calls grew less and less frequent, until there was a year of no contact.

So, four years since Robert last saw his dad, he made the trip back to Croatia to find out why they had lost touch.

I’ve gotten more emotional about it, knowing I won’t see him again.

Robert said of their first meeting, “It seemed as if it was the start of something” as he stood outside his dad’s house with his wife.

Host Davina told viewers: “Sadly, this time Robert won’t get to see his father. In 2017, Mladen passed away suddenly.”

Robert said: “Emotionally, I think I was just more shocked. He’d been ill for a while but never told me.

“I think as time has gone on I’ve gotten more emotional about it, knowing I won’t see him again.”

He was then shown dropping flowers off at Mladen’s grave, where he was buried with his own father, mother and sister.”

“I just feel sad,” Robert revealed. “It’s been important for me to pay my final respects. I just thought we had more time.

“I definitely feel more at peace, having come here. Despite the fact it’s been a sad ending. I was just so happy I got to know him before he passed. He was a good person. My dad did the right thing meeting me at the beginning. And I feel as if I’ve done the right thing at the end as a son.”

One said: “I’ve had five cries at #longlostfamily now. Robert’s story has resulted in a full blown cry, I’m a mess.”

Another wrote: “Heartbreaking for Robert but at least he got to meet his father before he passed.”

A third put, alongside a tearful emoji: “Oh, so sad about Mladen.”

Davina tweeted, as the episode aired: “This is really sad.”

A follower replied: “I’ve never cried so much watching.”

What did you think of last night’s episode of Long Lost Family: What Happened Next? Leave us a comment on our Facebook page @EntertainmentDailyFix and let us know.