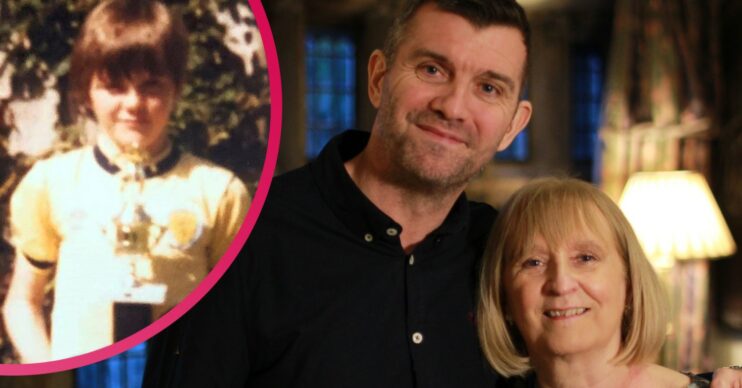 Long Lost Family on ITV1: Who is Dominic Matteo and who did he play football for?

Long Lost Family returns to ITV1 and the first episode attempts to reunite Dominic Matteo with the mum who gave him up for adoption – but who is he and what happened to him?

Here’s everything you need to know about Dominic Matteo and the new series of Long Lost Family on ITV1.

Read more: Long Lost Family: Born Without Trace on ITV1: What is the DNA Database UK?

Who is Dominic Matteo?

The Scottish sportsman played as a defender and midfielder from 1992 to 2009.

He made a total of 366 league and cup appearances, of which 276 were in the Premier League.

He was capped six times by Scotland after originally representing England at under-21 and ‘B’ team level.

He famously scored a goal in the Champions League against A.C. Milan.

After retiring, Dominic struggled with gambling addictions and was declared bankrupt in 2015.

In his autobiography, he admitted to having run up over £1,000,000 in gambling debts.

He and his wife Jess appear on Long Lost Family on ITV1.

Luckily, he was declared fully recovered in April the following year.

“I just got to a place where I was thinking about meeting my birth mother.

“When you’re close to your life being over, it just becomes more important.

“I’m not sure I would have had this conversation before my illness.”

Read more: Long Lost Family: How can I apply?

How old is Dominic Matteo?

Dominic Matteo was born on April 28 1974 in Dumfries, Scotland.

He is currently 47 years old.

Long Lost Family Dominic Matteo: What happened to Dominic and his mum?

His mum left him as a three-month-old baby in a pram on the street.

His mum then watched the child she gave up for adoption become a famous footballer and appear on TV.

Dominic’s parents told him he was adopted when he was a child.

He didn’t quite believe it at first.

He recalls: “It was a very slow process for me to take it in. And I was maybe a little bit in denial.”

Until now, Dominic has never spoken about his adoption.

He says: “I’ve kept it quiet because it’s very, very personal to me.”

When Nicky meets her, she reveals she has actually seen Dominic playing football for Scotland on TV and had no idea he was her son.

She says: “Do you know, when I said goodbye to him, his wee finger in my hand, I thought ‘you’re gonna do well’, but this is doing very well!”

Margaret tells Nicky how happy she is to have been found.

She says: “After all this time, 46 years, I’m quite emotional about it.

“I’ve never stopped thinking about him… he’s a part of me, who I am.”

With help from a team of trained intermediaries, DNA experts and investigators, Nicky Campbell and Davina McCall find people that previously couldn’t be traced and answer questions that have haunted entire lives.

Episode one features two stories of children searching for their birth mothers after life-changing events.

Meanwhile, Lisa Phillips has decided the time is right to search for her birth mother.

She’s had unanswered questions ever since she was told she was adopted at the age of seven.

But, it was on her wedding day in 1992 that it really hit home that there was one person absent.

Are you glad Long Lost Family is back? Leave us a comment on our Facebook page @EntertainmentDailyFix.