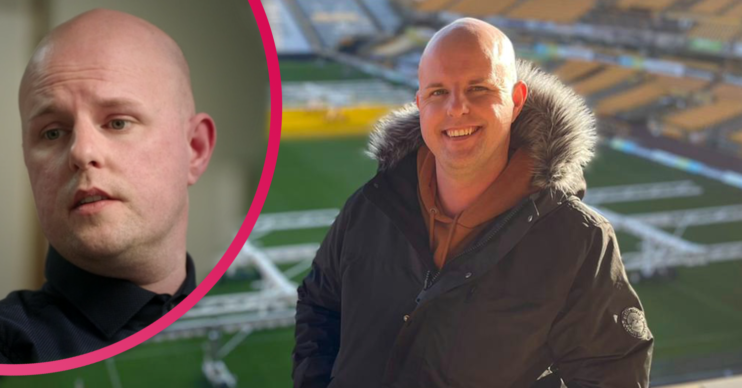 A very emotional moment for Steve

Long Lost Family: Born Without Trace viewers were emotional when a foundling son received a poignant letter from the mother who abandoned him more than 30 years ago.

The series, which has been running for three consecutive nights on ITV this week, presented three more heart-rending stories.

One of them was Steve, who was abandoned in Wolverhampton.

What happened on Long Lost Family: Born Without A Trace last night?

The 32-year-old explained that he had been left in public toilets outside the Wolverhampton Wanderers football ground.

In 1989, a woman found him after hearing faint cries from a cubical.

After being fostered and then adopted by a loving couple in Manchester, Steve (named after Wolves hero Steve Bull) then heard what really happened to him.

Despite attempts to find his birth parents, Steve previously had no luck.

But the Long Lost Family team used DNA search techniques to not only find his birth father, but also his birth mum.

What did the letter from his mum say?

Steve’s birth father, Rob, expressed shock when he found out about his son.

He said he had no idea Steve’s mum, who he was seeing at the time, was pregnant.

The team also tracked down his mother, who sent him a moving letter explaining why she left him that day in 1989.

I’ve never, ever gotten over you. I would light a candle for you every March 17.

“This is hard,” she wrote. “I can’t explain the circumstances. They were not nice and that’s all I can say.

“I’ve never, ever gotten over you. I would light a candle for you every March 17.

“I found a story about you, years ago in a magazine. You look so happy with your proper family and I’m glad of that.

“I am sorry I did what I did. Be happy always, I’ll always love you. Blessed be, always.”

How did viewers react to Steve’s mum’s letter?

Viewers soon queued up to share their emotion at the letter, and Steve’s search.

One wrote on Twitter: “The letter from Steve’s mum on @longlostfamily has completely broken me,” followed by a cry emoji.

Read more: Long Lost Family: Born Without Trace on ITV1: What is the DNA Database UK?

“Poor Steve,” another said, “Within a day he learned about both his bio parents, and you can tell he’s compassionate to his mother’s circumstances and understand that these things take time and reconciliation.”

A third wrote: “Steve’s mum, I can’t imagine how desperate she was to leave her baby.

“And it’s so sad that she was in distress but couldn’t get the help she needed.”

Another said: “Gosh that letter made me emotional,” followed by a cry emoji.