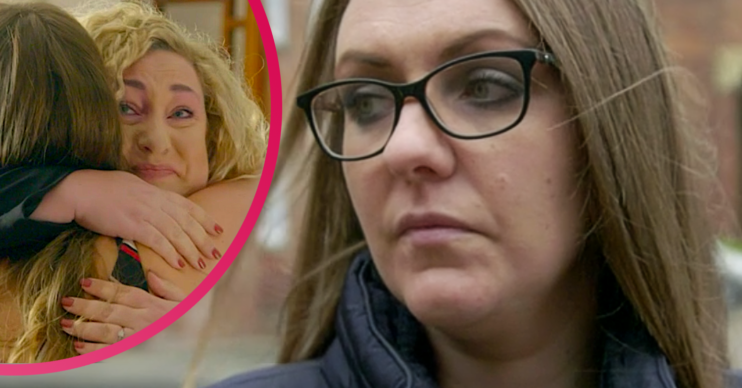 It had us in bits, too

Long Lost Family: Born Without Trace viewers were emotional after participant Helen was reunited with sister Jess after being abandoned at birth.

The series – on every night until Wednesday – focuses on babies who were abandoned at birth.

Now 32, Helen was found in a cardboard box outside Chesterfield hospital in 1988.

Read more: Long Lost Family: Born Without Trace returns – How can I apply and what are the stories?

And although Helen grew up in a loving adopted family, she always wanted to know who her real mother was and why she was left outside the hospital.

Thanks to DNA testing the team located Helen’s mother (who was not identified), and also her half-sister Jess.

A half-sister she didn’t know she had.

Incredibly, Jess was also abandoned 14 months before Helen was born.

Just seen #LongLostFamily #BornWithoutTrace from tonight and I really enjoyed it, such a warm reunion for Helen and Jess and very fascinating. Glad we get lots of episodes this week this is such inspiring telly.

Got a bit emotional when Helen met her sister. So sad how they was left but found each other all these years later ❤ #bornwithouttrace #longlostfamily

One viewer wrote: “Got a bit emotional when Helen met her sister.

“So sad how they were left but found each other all these years later.”

Another said: “Oh Helen, what are you doing to us!!” followed by cry emojis.

“Helen story just broke me, so glad she has a sister now #loveit #heartbreaking #longlostfamily.”

What did Helen and Jess say?

Before meeting her half-sister, Helen said: “It’s a big thing, meeting my half-sister.

“It’s a very big, life-changing thing for us both.

“It’s not just something that’s going to happen today. This is going to be us for the rest of our lives. It’s exciting.”

And Jess couldn’t wait to meet Helen, too.

She said: “Being a foundling, you never think you’ll find anybody, so meeting her today will be something really special.

Read more: Nicky Campbell’s wife feared he would ‘jump in front of train’ before bipolar diagnosis

“It can be quite lonely being a foundling, and she probably has very similar thoughts if not the same, which for me is incredible because I haven’t ever had anyone really who fully understands what I’m feeling.”

Episode two of Long Lost Family: Born Without Trace is on ITV tonight (Tuesday May 25) at 9pm