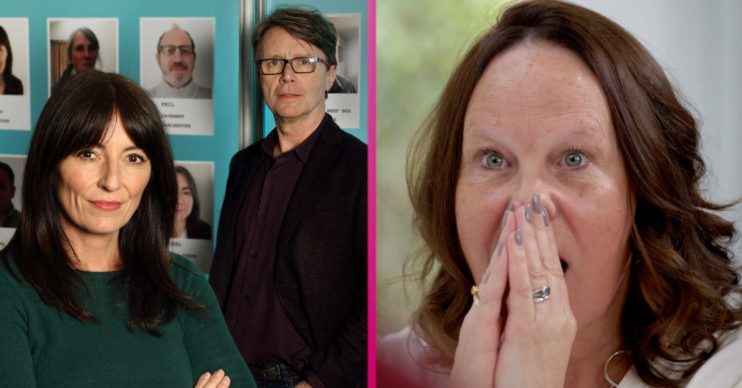 Long Lost Family: Born Without Trace on ITV1: What is the DNA Database UK?

The series concludes with a man left at a football stadium...

Long Lost Family: Born Without Trace concludes on ITV1 tonight (Wednesday May 26 2021) – but what is the DNA Database UK?

Viewers are introduced to a man who was abandoned near a football stadium.

With the help of his DNA, he is able to track down both his birth parents.

Long Lost Family: What is the DNA Database UK?

It’s officially known as the UK National Criminal Intelligence DNA Database, and was set up in 1995.

Subsequently, it now has more than 6.6million profiles on it.

Finally, there are many online DNA databases with which members of the public can trace living relatives.

These include AncestryDNA, MyHeritage and Living DNA.

Long Lost Family: Born Without Trace concludes its three-part series on Wednesday (May 26 2021).

The presenters help them try to find their birth families and know their identities.

Read more: Long Lost Family: Born Without Trace returns – How can I apply and what are the stories?

Sarah Dunkley’s mother disappeared without a trace from the hospital after giving birth.

In episode three, she reveals how her mother gave a false name and false addresses on the hospital records.

Her mother disappeared the day after she was born however.

Sarah discovers an unbelievable connection to a full sibling via DNA.

She learns that she has a sister who was also left in a hospital by a woman who left a false identity.

Not only do the pair find one other but, with further detective work, the search unveils the identity of both of their parents and the story behind their abandonment.

Meanwhile, Steve’s parents abandoned him in public toilets near a football stadium in Wolverhampton.

Foundling Steve, now 31, is hoping to discover any blood relative and the cause for his abandonment.

As a result of being found near the stadium, he was named after Wolverhampton Wanderers’ star player of the moment, Steve Bull.

From an early age, his adoptive parents told him about his abandonment.

But, despite a public appeal, he has grown up with no information about who left him and why.

The truth is finally discovered in this programme.

Unbelievably, both his birth parents are found.

Steve meets his birth father for the first time and finds out about his birth mother’s desperate situation.

Long Lost Family: What Happened Next?

On Thursday (May 27 2021), Davina McCall and Nicky Campbell present Long Lost Family: What Happened Next?

Viewers will discover what happened to some of the series’ previous participants.

Davina and Nicky revisit and update the stories of three more people who appeared on the show.

Anne Clegg and her mother Janet were first reunited nearly a decade ago.

She reveals the impact their successful mother-daughter relationship has had on her life.

The team also catches up with grandmother Alice Jones, who was originally looking for her younger brother Sam.

And there is an update on Sharon Harte and her sisters, Carole, Terri and Sandra.