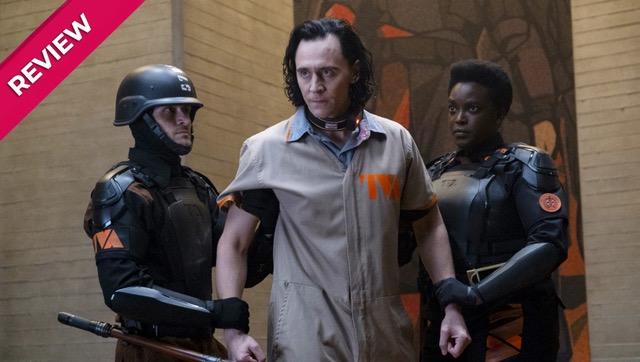 Loki on Disney Plus review: Is Tom Hiddleston’s God Of Mischief as fun as we hoped?

Tom Hiddleston is back on a caper through time and space

It’s almost criminal that fans have waited so long for Tom Hiddleston’s Loki to land his own standalone moment in the Marvel Cinematic Universe.

A fan favourite since day one, Loki’s simultaneously the worst and most likeable villain within the franchise – and his mischievous side bearing weight to his constant need to try and match his brother, Thor.

Thankfully, we finally get it, and it was more than worth the wait.

Loki picks up seconds after we left off in Avengers: Endgame, with the God – the 2012 version of him – picking up the Tesseract and zapping himself away from the grips of the Avengers.

Unfortunately for him, he didn’t get very far – barely lasting the hour before the Time Variance Authority finds and seizes him.

Arrested for breaking the secured timeline by time-travelling (leading Loki to ask the obvious question: “Err… what about the Avengers, then?!”), the TVA is there to correct it.

Rather than kill him, Loki finds an ally in Agent Mobius (Owen Wilson), an overly curious officer with an offer.

Help him track down a fugitive, and he’s free to go.

The Loki of this series is old-school Loki. Consequently, the character growth across the MCU’s run is completely wiped clean. He’s trouble and is fine with being trouble.

So naturally, while Loki’s mouth says yes, his brain says no. Soon he’s stirring up ideas on how to get out of his task… he’s the God of Mischief, after all.

Wilson and Hiddleston make quite the odd couple as Loki and Mobius, and it’s insanely juicy to watch as one winds up the other.

Known for his super chill, surfing and sofa-selling energy, Wilson’s Mobius effectively disarms Hiddleston’s Loki – who’s so wound-up like a corkscrew he’s desperate to get any kind of reaction.

But Mobius’ interest in Loki could provide the beloved MCU villain with a hard knock to his senses – all while travelling time and space.

Read More: Shadow and Bone renewed for season 2 by Netflix

Alongside the lead two stars is a stellar back-up cast who bring just as much energy into the dull TVA office space.

A personal favourite is The Good Place’s Eugene Cordero, who plays an office lackey who is hard not to bond with immediately.

Then there’s Hunter B-15 (Wunmi Mosaku) a violent TVA enforcer who makes Thor Ragnarok’s Topaz, the Grandmaster’s sidekick, look like a fluffy bunny.

Only two episodes were available at the time of review – but they both packed a hell of a punch.

Is Loki worth the watch?

Loki is exactly as much fun as you would expect, and possibly even then some.

But then what else would you expect from the God Of Mischief?

Tom Hiddleston and Owen Wilson are the double act we never knew we needed.

In the two episodes seen alone, they establish something that’s sure to set fire to the MCU as a whole.

The result is a perfect mix of Marvel lore and crime caper around time and space.

Loki is likely what Doctor Who would look like, if he was chucked into this superhero world.

We can’t wait to see what happens next.