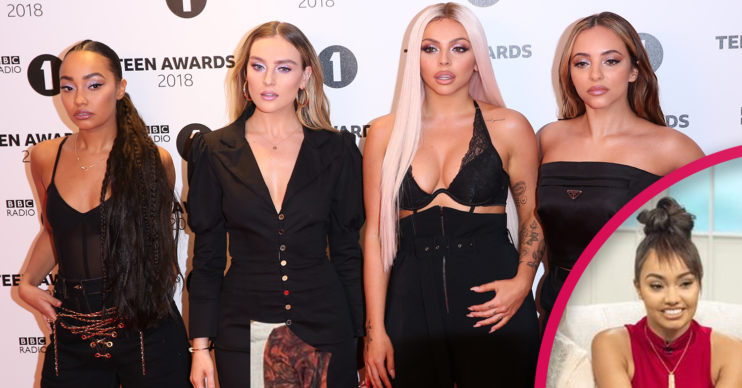 The Search premieres in the UK this autumn

Newly-engaged Leigh-Anne revealed: “We have filmed all of the auditions and we’re about to do the live shows and it’s out in autumn.

“It’s so exciting and the talent is amazing.

“We just can’t wait to get going with it now and show you guys the incredible bands that we have formed.”

The search sees the girls act as both judges and mentor to aspiring singers.

Unlike other talent shows, Little Mix will be putting their chosen contestants into bands.

Leigh-Anne continued:  “We’ve lived it and this is what we do so to be able to give that experience to them and kind of mentor them and hopefully create the next big band is amazing.

“We were sitting there looking at all these people coming in to audition for our show like oh my gosh is this actually happening, is this our show right now? It’s amazing.”

The Search couldn’t come at a better time for Little Mix.

Unfortunately, thousands, including the girls, were left disappointed earlier this year when the band cancelled their UK tour due to lockdown restrictions.

“It’s such a shame because obviously it’s literally our favourite thing to do and it’s the thing we’ve been looking forward to all year,” said Jesy.

“The fact that it got cancelled is such a shame, but there is nothing we can do about it.

“So many artists have ended up in the same position as us.”

Jesy added: “I think what we’re gutted about is not being able to see our fans.

“We haven’t seen our fans in such a long time. We just can’t wait to reschedule it and do it again.”

During Little Mix’s appearance on Lorraine, Leigh-Anne opened up about her engagement.

Her footballer boyfriend Andre Gray popped the question earlier this year on their anniversary.

“I’m still like on cloud nine,” the future bride gushed.

While it was a surprise, Leigh-Anne went on to admit that she did suspect something was going in before Andre proposed.

‘Like what is this? It’s our four year anniversary, it’s a little bit much so I did kind of suspect something.

“But I just did not think it was going to happen.”