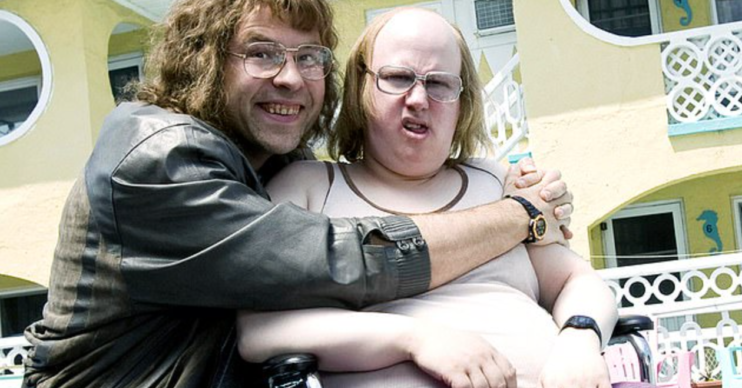 There have been Black Lives Matter protests around the world

Little Britain has been removed from BBC iPlayer, BritBox and Netflix.

The sketch comedy series starred Matt Lucas and David Walliams and featured some episodes where the actors don blackface.

In light of recent Black Lives Matter protests around the world, the BBC has decided to remove the show entirely from its online catalogue.

Read more: David Walliams has fans in hysterics as he makes his entrance as The Queen in Britain’s Got Talent

A spokesman for the BBC told MailOnline: “There’s a lot of historical programming available on BBC iPlayer, which we regularly review.

“Times have changed since ‘Little Britain’ first aired so it is not currently available on BBC iPlayer.”

BritBox, the streaming service from ITV and the BBC, has also removed the show, along with Walliams and Lucas’ other programme Come Fly With Me.

A spokesperson for BritBox explained: “Times have changed since ‘Little Britain’ first aired, so it is not currently available on BritBox.

“Come Fly With Me has not been available on the service for six months.”

In addition, both shows have been removed from online streaming service Netflix.

Meanwhile, Matt, 46, previously admitted he was ashamed of some of his previous sketches, including those which included blackface.

He told the Big Issue in 2017: “If I could go back and do Little Britain again, I wouldn’t make those jokes about transvestites. I wouldn’t play black characters.

“Basically, I wouldn’t make that show now. It would upset people. We made a more cruel kind of comedy than I’d do now.

“Society has moved on a lot since then and my own views have evolved.

“There was no bad intent there – the only thing you could accuse us of was greed.

“We just wanted to show off about what a diverse bunch of people we could play.”

At the time of publishing, David Walliams and Matt Lucas had not commented on the move.

Did you used to watch Little Britain? Leave us a comment on our Facebook page @EntertainmentDailyFix and let us know.