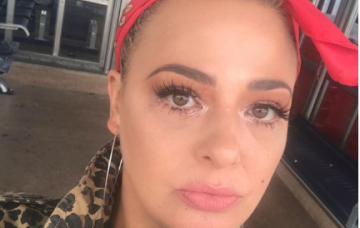 Despite much provocation, Lisa Armstrong hasn’t given interviews to ‘tell her side of the story’ throughout her much-publicised split from Ant McPartlin.

Occasionally she does address concerns from her fans on social media when yet another new story breaks, however.

And she has done so today, following a report that she has been axed from Britain’s Got Talent, where she worked for a decade as a make-up artisst.

The claim came a day after a story that Ant McPartlin would be returning to filming the ITV show next January.

A BGT ‘insider’ told the Mirror that Lisa had been axed to ensure her ex husband’s return to TV “goes smoothly with no unnecessary distractions”.

However, from her replies to fans on Twitter, it appears that she was also a little in the dark.

@lisaAmakeup just saw you have been taken off BGT , I’m sorry to hear this if it’s true Lisa , it seems you are still getting punished for something you had no control over . You are amazing and so good to your followers with advice ect so carry on and sod em!

Despite the apparent BGT snub the Strictly Come Dancing make-up artist has already landed herself a brand new TV show where she will be stepping out in front of the camera on a new makeover show.

Are you looking forward to watching Lisa’s new show? Leave us a comment on our Facebook page @EntertainmentDailyFix and let us know what you think!