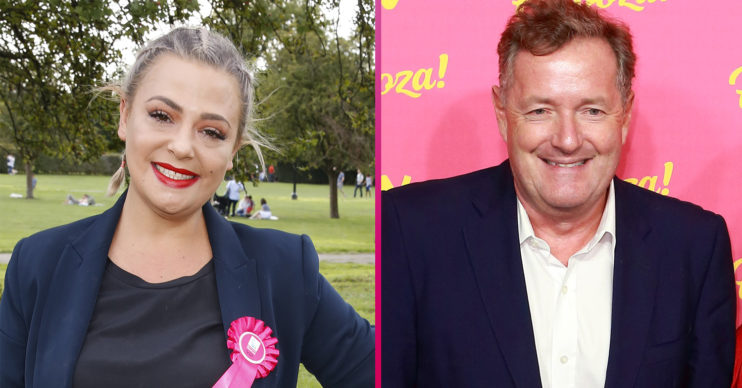 Lisa Armstrong apologised to Piers Morgan for accidentally throwing his book out after clearing out her home.

The Strictly Come Dancing makeup artist reportedly threw out her ex Ant McPartlin‘s old belongings outside the home they once shared.

Among those items was a copy of Piers’ book The Insider, which Ant apparently owned.

On Tuesday’s Good Morning Britain (September 15), Piers admitted he was “hurt” after seeing photos published in The Sun of his book among the items.

He said he wanted to “shame her and make her realise it might be appropriate to go back into the box in the street”.

Meanwhile, on Wednesday’s show, a clip of Lisa apologising aired.

In the video, she cleverly promoted her new makeup range with Avon.

What did Lisa Armstrong say to Piers Morgan?

“Really sorry about what happened yesterday, with the book and the box outside my house. Slightly awkward.

Piers joked: “Do you think by any chance Lisa’s just done a big deal with Avon?

“I always feel everyone around me… the stardust spreads out and then you all become more famous.

“[Ranvir Singh] is on Strictly because you’ve been working with me.”

However, Susanna Reid hit back: “I’ve been on television longer than you!”

Really sorry about what happened yesterday, with the book and the box outside my house.

Piers continued: “My point is that I spread the stardust. Lisa was just my humble, shy, and retiring makeup artist.

“And now Lisa is a national Avon lady.”

Meanwhile, on yesterday’s show, Piers called out Lisa on air for throwing his book out.

Piers said: “I thought we were friends. I really did. I was quite friendly with Ant.

“Terrible scenes in The Sun, ‘ex clears out star’s stuff. Ant McPartlin ex-wife left his unwanted stuff on the street for folk to take.’

“Apparently this is stuff that Ant himself didn’t want back.”