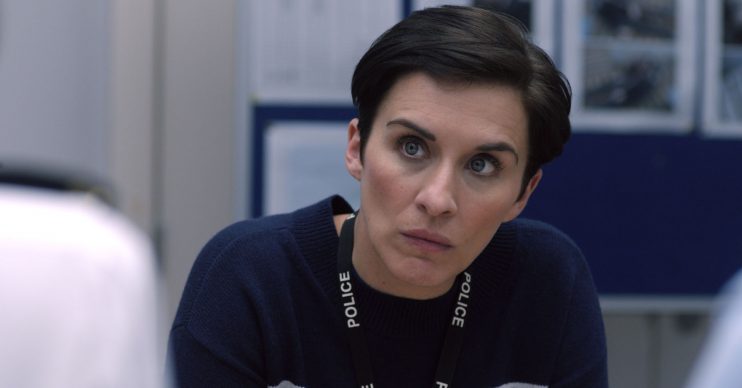 Will the identity of 'H' be revealed?

The star, 35, has become a household name thanks to her role as DI Kate Fleming in the hit BBC One crime drama.

Now, with the series finale set to become one of the most watched TV programmes of the year, Vicky posted a cast shot featuring fellow cast members Martin Compston (who plays Steve Arnott) and Adrian Dunbar (who plays Ted Hastings).

🚨And it’s finale is here!!🚨
This pic was before our first day filming! 4 months with this pair is something to smile about! 😄#lineofduty5 #arnott #fleming #hastings pic.twitter.com/ku9QyAOC8P

Vicky’s Tweet said: “And it’s finale is here!! This pic was before our first day filming! 4 months with this pair is something to smile about!”

Fans were quick to tweet their delight and excitement for tonight’s series finale.

One fan said, “Love this picture can’t wait for tonight ‘mother of god'”, while another said, “Hate that I’m wishing my Sunday away. Need to know who H is!!”

Another fan said: “I hold you all personally responsible for my blood pressure issues – which only happen on Sunday nights… you are all SUPERSTARS – thank you for making Line Of Duty so darn good!”

Now in its fifth series, Line Of Duty follows anti-corruption unit AC-12 and has attracted 10 million viewers per episode.

Tonight’s series finale threatens to answer the question on the country’s lips: who is the mysterious ‘H’, the policeman or woman who’s behind a shadowy organised crime group?

Earlier in the year, Vicky told Nottinghamshire Live: “It’s true of any job that you will have a better time if you are genuinely really good friends with those people.”

“It is surreal and we do have a great laugh on set. We all get on really really well.”

Have a theory about who ‘H’ is? Leave us a comment on our Facebook page @EntertainmentDailyFix and let us know.