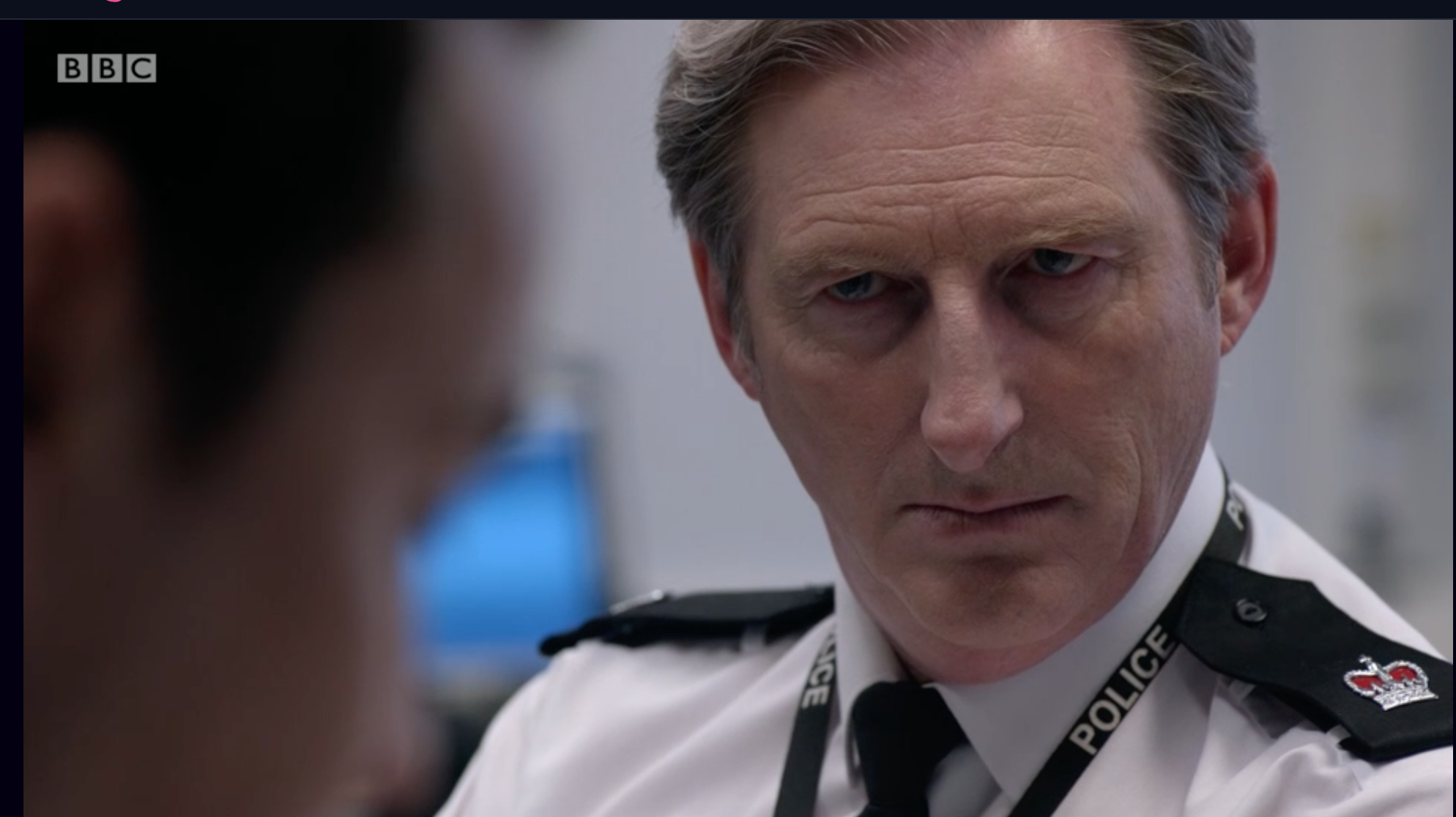 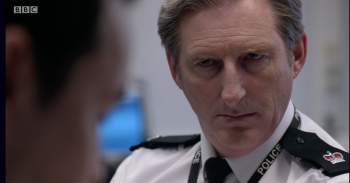 Line of Duty’s Ted Hastings to DIE in the series finale?

Anna Maxwell Martin has hinted Superintendent Ted Hastings could die on Line Of Duty this weekend.

The 41-year-old actress – who plays Patricia Carmichael in the hit television show – has insinuated Adrian Dunbar’s character may meet his maker in the season five finale.

Speaking on The Zoe Ball Breakfast Show on BBC Radio 2, Anna said: “I think he’ll come to a sticky end…”

The Bleak House star made this comment in reference to the 60-year-old actor’s recent claim that he “hopes he’ll be back” for a future season, now that the BBC have officially confirmed a sixth run of the drama.

Anna also admitted she doesn’t always remember exactly what happens on the show because there were “one hundred million lines” to learn.

She said: “It’s really weird, I don’t remember much, oh gosh, I learned one hundred million lines so I blanked it out like a trauma.

“There was stuff that happened when I was watching, like, ‘Oh gosh, I forgot about that.’

And the Death Comes To Pemberley star also admitted her friends make fun of her stern character and the serious faces she pulls on the show.

She said: “My friends are taking the mickey out of me, terrible, they’ve all made videos of me… the face was really going.”

The actress finds it hard to keep composure when using all of the technical police language on-screen, and admitted working on the show is a “proper challenge”.

She said: “It is quite hard, I became hysterical throughout whole process giggling the whole time, internally freaking out the whole time.

“It’s quite full on all that stuff, good thing about being part of the show, it’s a proper challenge!”

Who do you think is H? Leave us a comment on our Facebook page @EntertainmentDailyFix and let us know what you think!