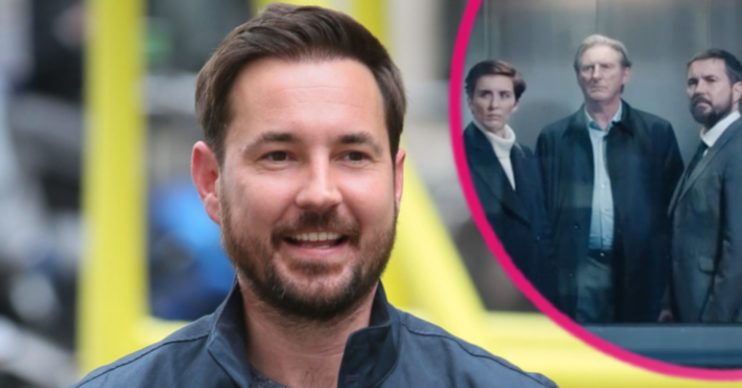 The actor has broken his silence

Line of Duty star Martin Compston has admitted he understands why some fans were disappointed with the show’s ending.

The actor – who plays Steve Arnott – addressed the controversial ending on Twitter yesterday (May 3).

In his message, Martin explained he was overwhelmed while seeing the “hype” online – but is ultimately proud of the show.

Line of Duty: What did Martin Compston say?

The Scottish star penned: “Hey folks now the madness is slightly dying down just want to thank everybody who reached out about last night and the series as a whole, we’ve truly been blown away by the reaction and love for the show we’re proud of it.

“Fully understand it wasn’t the ‘urgent exit’ type ending some anticipated but we appreciate you sticking with us.

“Felt many emotions from excitement and anxiety at the hype to relief that it’s over.”

Furthermore, he proudly added: “Now I just feel immense pride our show that started on Wednesday’s on BBC2 has just smashed every overnight drama record since they began.”

Martin, 36, went on to reveal the Line of Duty team were planning a group tattoo to celebrate the success.

In addition, he explained: “Finally myself, Vicky, Adrian and Jed made an agreement in the inconceivable and ridiculous scenario we ever got twelve million viewers we would get ‘AC12million’ tattoos. We’ll see who’s good to their word.”

Meanwhile, writer Jed Mercurio went on to share a message of his own.

He wrote: “We’re honoured and flattered by the viewing figures for #LineofDuty6.

“We knew attempting to explore the real nature of corruption in our society wouldn’t appeal to everyone, but we do sincerely thank you all for watching. It’s been our privilege to share your Sunday nights.”

What did viewers think of the Line of Duty finale?

Many fans were disappointed that Ian Buckells was unveiled as the final ‘H’ or ‘The Fourth Man’.

Following the revelation, viewers took to social media to air their shock and, in some case, anger.

“It would have been better if H from Steps was H rather than Ian bloody Buckells,” one Twitter user wrote.

Furthermore, another said: “Turns out ‘AC’ stands for anti-climax.”

While the criticism was fierce, the BBC has suggested the show could return for a seventh series.

However, it’s down to Jed and his team.

In a statement Charlotte Moore, BBC’s Chief Content Officer, said: “Jed Mercurio is a master of his craft, and I would like to congratulate him and the entire cast and crew for delivering such an incredible drama series.