Actor Adrian Dunbar has revealed the sixth series of BBC thriller Line Of Duty will be on the box within the next year.

The Superintendent Ted Hastings star, 61, appeared on Good Morning Britain earlier today to discuss the highly-anticipated return of the drama which is currently being filmed.

Asked when the new run of episodes will air on TV, Adrian hinted fans will see the likes of DI Fleming and DS Arnott back in action within the next 12 months.

But he also teased an earlier return date before the end of 2020 - and indicated he does not know the identity of mysterious character 'H'. 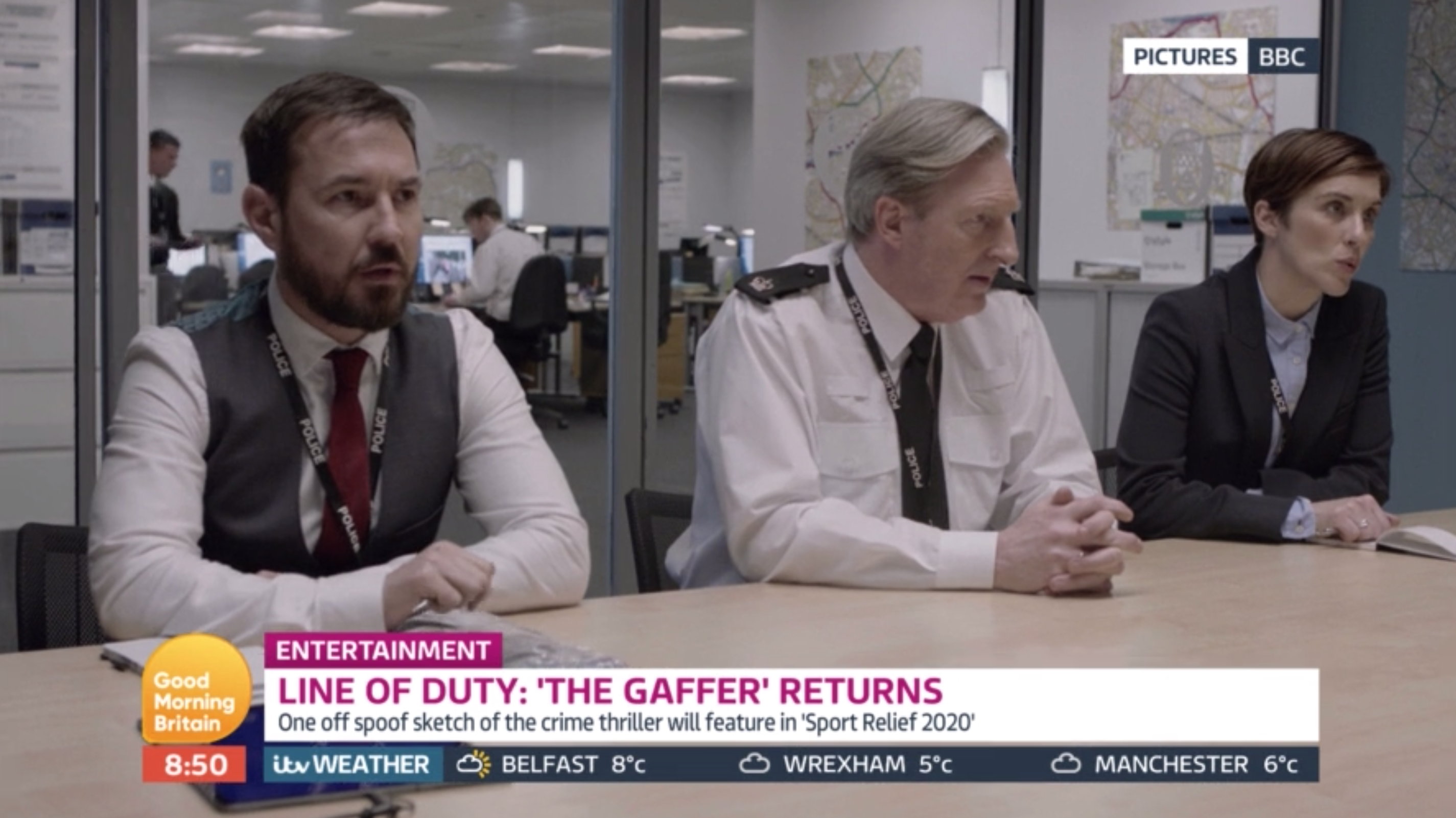 Read more: Prince William 'jokes about passing on coronavirus and suggests some people are panicking'

He told hosts Piers Morgan and Susanna Reid about when Line of Duty will be back on the box: "Well we don't know, probably the end of the year...

And replying to how far in advance he learns about the show’s twists and turns, Adrian explained that production schedules meant he does not know what is scripted to happen in the final episodes of the series. 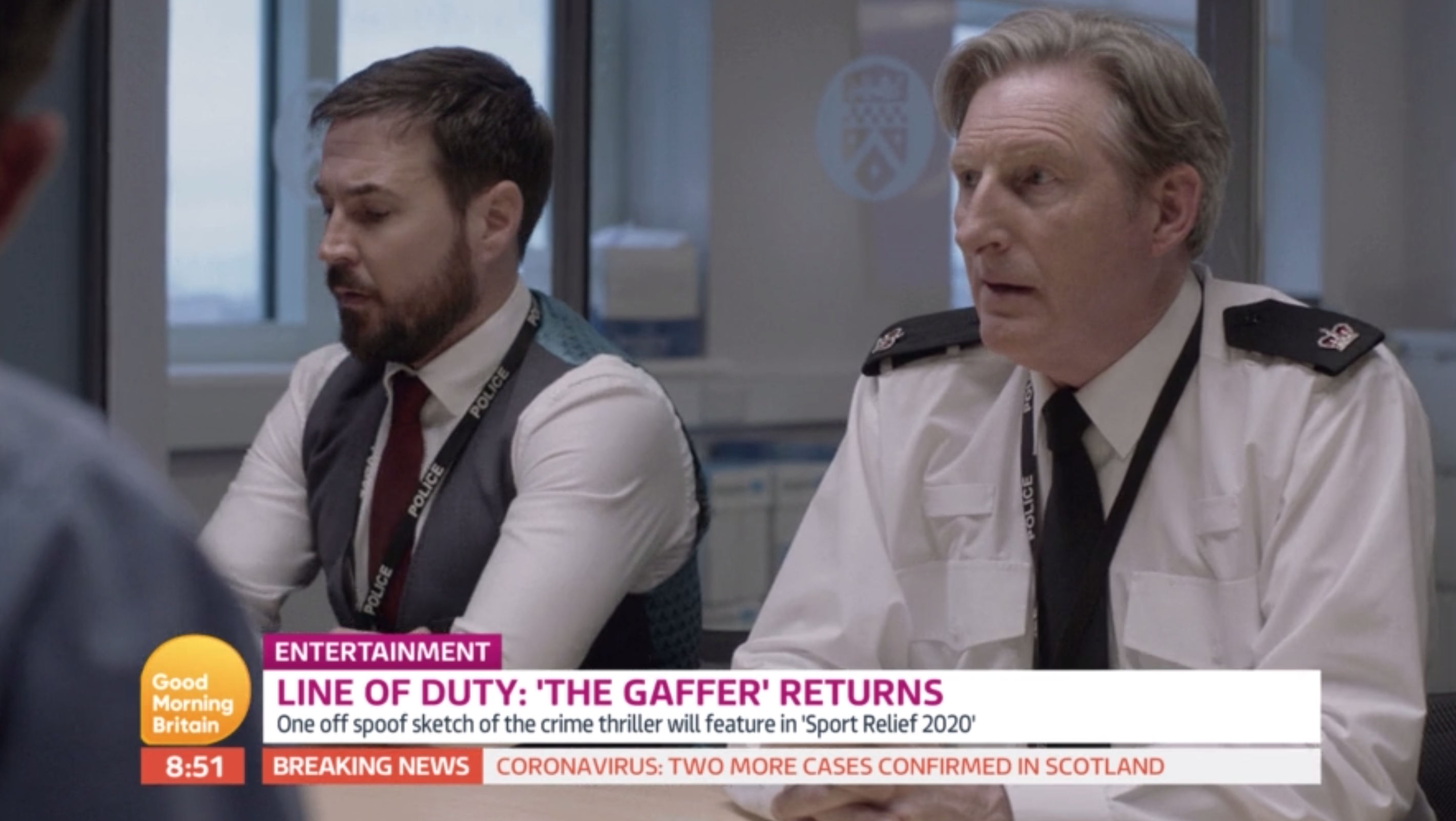 Adrian says he does not know the identity of 'H' (Credit: ITV Hub)

"Some people possibly do, but that's where we are at the moment. We certainly don't know what happens in [episode] six."

Adrian’s daytime TV appearance also included a very brief look at at Sport Relief 2020 spoof sketch based on a Line of Duty investigation featuring Hastings, Arnott and Fleming… and also Lee Mack as a bumbling solicitor.

"[Lee] is so funny, so funny," Adrian chuckled. 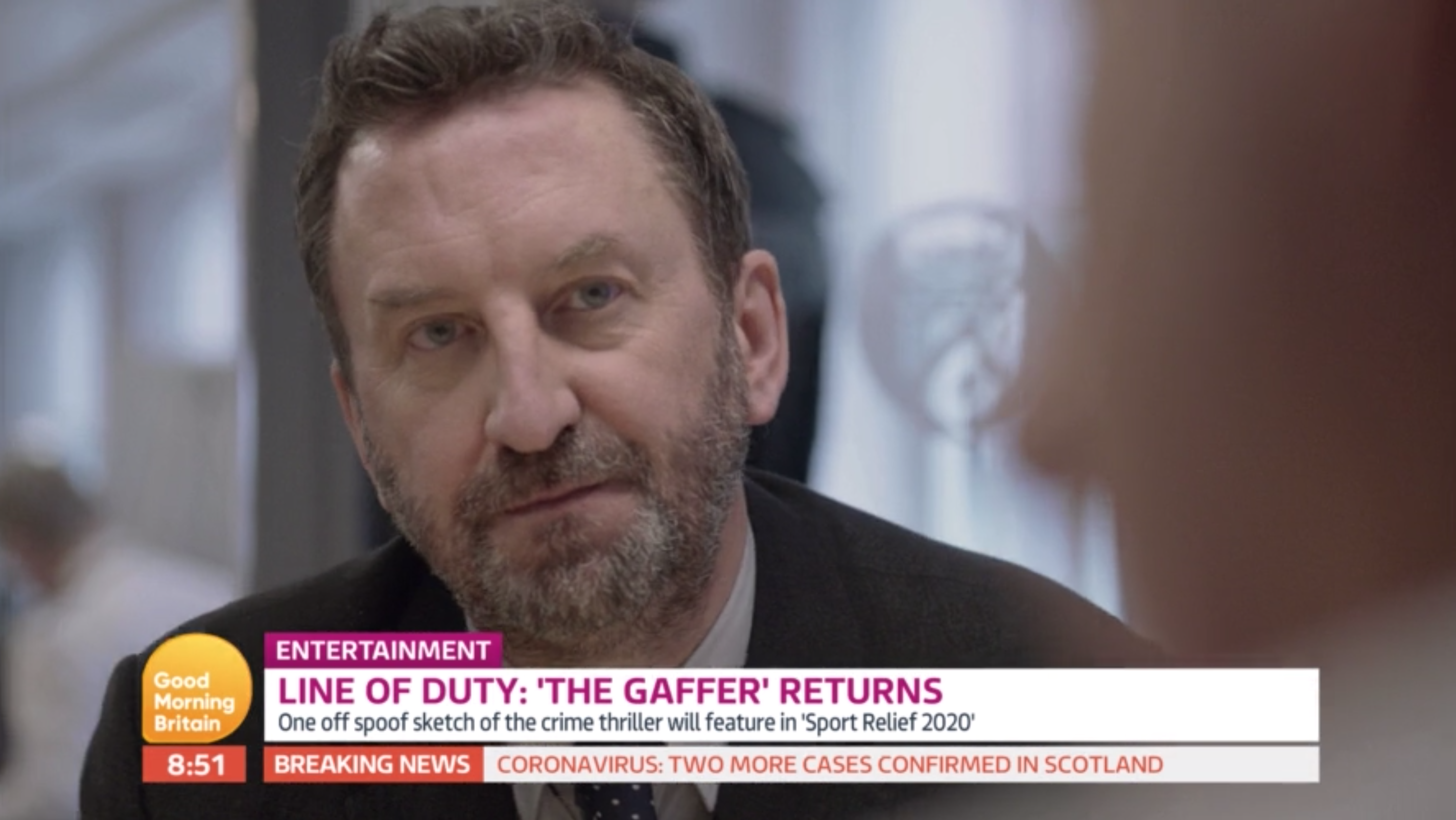 Show creator Jed Mercurio got fans very excited a couple of weeks ago after he shared a picture of Adrian and fellow stars Vicky McClure and Martin Compston from filming.

However, the behind-the-scenes snap was clearly of the three actors larking about on set, rather than a sneak peek at forthcoming plot events.

Jed has previously promised that Kelly's character will be an "enigmatic adversary" for AC-12.