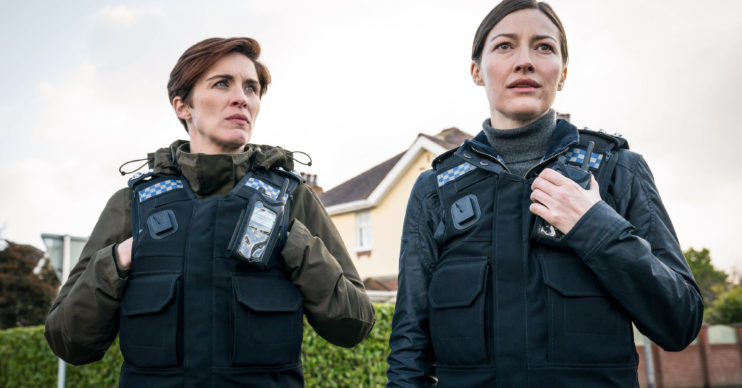 Line Of Duty: Fans convinced they’ve worked out H after The Caddy clue

Did you spot the set of golf clubs behind a desk

Line Of Duty series six returned last night (Sunday March 21), and already viewers are convinced they know who this season’s bad guy is.

The episode – the first of seven –  introduced fans to a new central character, a new case and caught up with all the main players, including Ted Hastings, Steve Arnott and Kate Fleming.

But the main question was: who is this series’ bad guy, or woman?

And already, some viewers have a theory.

What happened in the first episode of Line Of Duty series six?

Throughout its six series, anti-corruption unit AC-12 has tried to expose and bring down bent coppers.

And, over the years, three members of the police force have been identified as members of an organised crime group.

One of them, Dot Cottan, was nicknamed ‘The Caddy’.

With only one more ‘H’ left to uncover, viewers were quick to spot a clue in last night’s episode.

What was the fan theory?

The episode not only introduced to new suspect DCI Joanne Davidson but also re-introduced a character from previous series.

In past series, Detective Superintendent Ian Buckells was associated with members of the organised crime group.

Buckells has also had a few run-ins with AC-12.

So, when he was seen being his usual shady self last night, viewers began to suspect that he might be involved.

And one viewer spotted a clue sitting behind his desk: a set of golf clubs.

Viewers were quick to share their thoughts on the theory.

“I missed that saw the resemblance in him with the last caddy, that’s what made me wonder!”

Another exclaimed: “Bloody hell. I missed that. Well spotted.”

Read more: What is a CHIS and what does DIR mean? Line of Duty series 6 acronyms and police jargon explained!

However, a fourth disagreed: “Stereotypical dumb plod type who’s prepared to backstab to climb through the ranks & relies on subordinates to make him look good.

“Red herring. Happy to be proved wrong tho.”