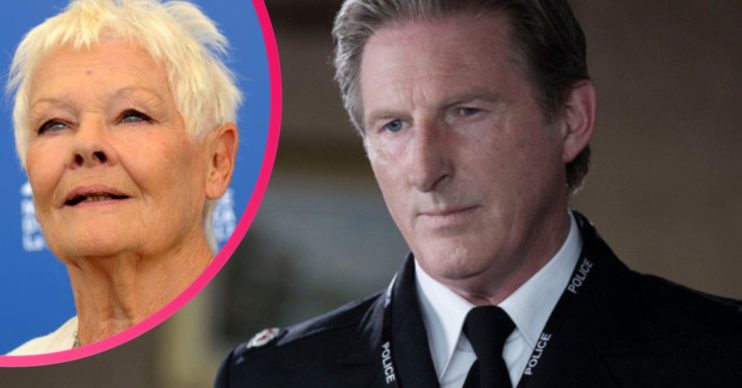 Series 6 of the BBC drama is back this month

Line of Duty 2021 is almost upon us and, if Adrian Dunbar has his way, some pretty big guest stars could be about to grace our screens.

Series six of the BBC drama is set to return later this month.

And, ahead of its release, the Ted Hastings actor has proved to be quite the tease.

Fans are hugely excited for the new series, with the latest full-length trailer creating serious intrigue earlier this week.

Ahead of series six, Ted Hastings actor Adrian has opened up about who he’d like to be part of the show.

In previous seasons, big-name stars such as Keeley Hawes and Thandie Newton have appeared.

“I would like to work with my mate Gary Oldman again. He would be an interesting person to bring into Line Of Duty. We worked together quite a bit when we were younger,” Adrian told The Sun.

He would be an interesting person to bring into Line Of Duty. We worked together quite a bit when we were younger.

The beloved actor went to add: “I would love to get Dame Judi Dench in as a character. That would be a laugh, or Sir Ian McKellen.

“There are so many actors like that we could get in. The crossovers would be amazing, wouldn’t they?” he teased.

Adrian recently opened up about his shock at becoming a sex symbol in his sixties.

Fans regularly compliment his character on social media, with Adrian revealing they call Hastings a “DILF”.

“I was blindsided by that,” he told The Telegraph.

“I thought there would be a lot of things that would come off the back of this part but definitely not being a sex symbol.”

What happens in Line of Duty series 6?

Last week, fans were treated to an exciting preview of the upcoming season.

She says: “Her life cut short… and whoever did it has got away with it.”

Are you excited for the new series of Line of Duty? Leave us a comment on our Facebook page @EntertainmentDailyFix and let us know.