Line of Duty continued last night on BBC One and it was as tense as ever, as undercover officer John Corbett (Stephen Graham) masterminded a high-stakes robbery and the identity of one bent copper was revealed.

The third instalment in the latest series of Jed Mercurio's gripping police drama answered some critical questions from the previous episode, including the identity of the man Cafferty (Sian Reese-Williams) pointed to when she was questioned by Fleming (Vicky McClure) and Arnott (Martin Compston) about the copper who recruited her for the corruption ring. 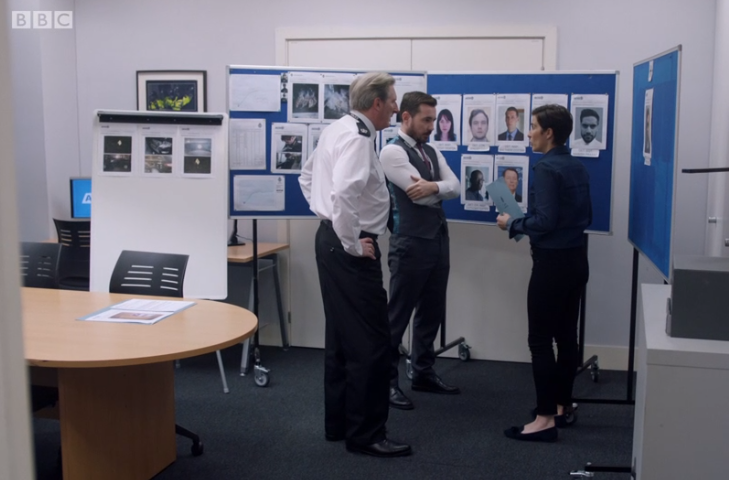 Cafferty told them she was recruited by Dot (Credit: BBC)

Here are nine burning questions we have now we're past the halfway mark in series five. 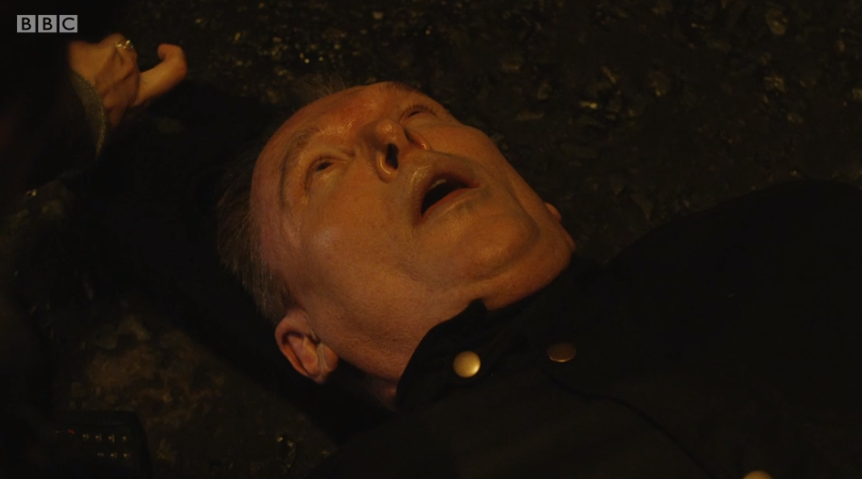 Hargreaves was shot during the raid (Credit: BBC)

When Corbett raided Eastfield Depot with his team, the corrupt copper who helped them showed up late and informed the robbers about the trackers embedded in the valuables they were stealing.

As the balaclava-clad stranger made to leave, Corbett shot him, intent on wounding. When police arrived on the scene and pulled back the balaclava, it was revealed as DCS Les Hargreaves. We were supposed to think Hargreaves is the mysterious 'H', but is he?

Fleming and Arnott learned the OCG were collecting DNA, via used condoms stored in refrigerators at their brothel, that they can plant at crime scenes.

2) What did McQueen have on Hargreaves? 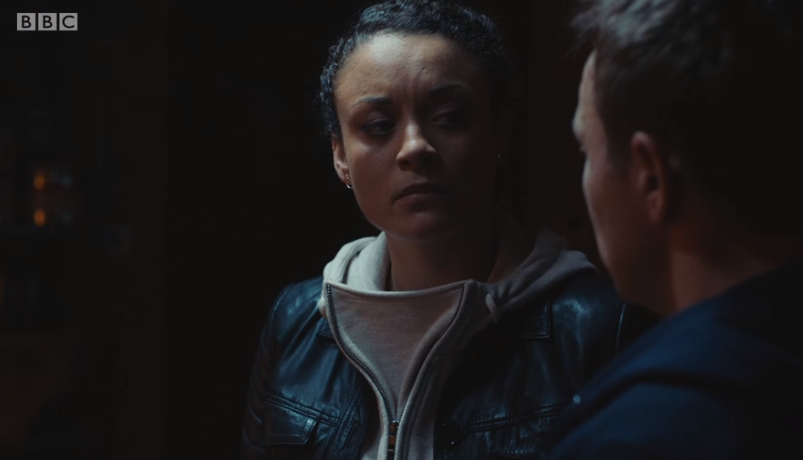 What exactly did McQueen have on Hargreaves? Was he among those who visited the OCG's brothel? We know from Cafferty's confession that the criminals can be creative in their approach to blackmail, exploiting any means available to them.

Had Hargreaves been using the brothel and was being subsequently blackmailed? He died in hospital after Corbett shot him, so we may never know why he was involved.

3) Was Hastings the man in the flat cap? 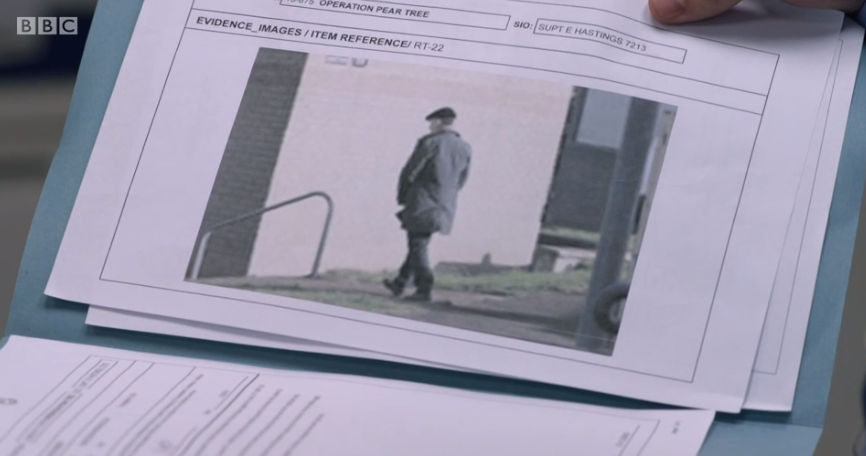 The man in the cap looked a lot like Hastings (Credit: BBC)

As AC-12 investigated the OCG they learnt that a former residential complex was being used as a brothel and hub for sex-trafficking. They had photos of McQueen entering the building and a string of others showing shady men coming and going.

One of those pictured, in a flat cap and coat, looked alarmingly like AC-12 boss Ted Hastings. Was it him?

Police questioned one young woman working at the brothel and she mentioned a man with light hair and a very non-local way of speaking. But as she didn't speak English, she couldn't pin the accent to a place. Was she talking about Hastings' distinctive Northern Irish lilt? 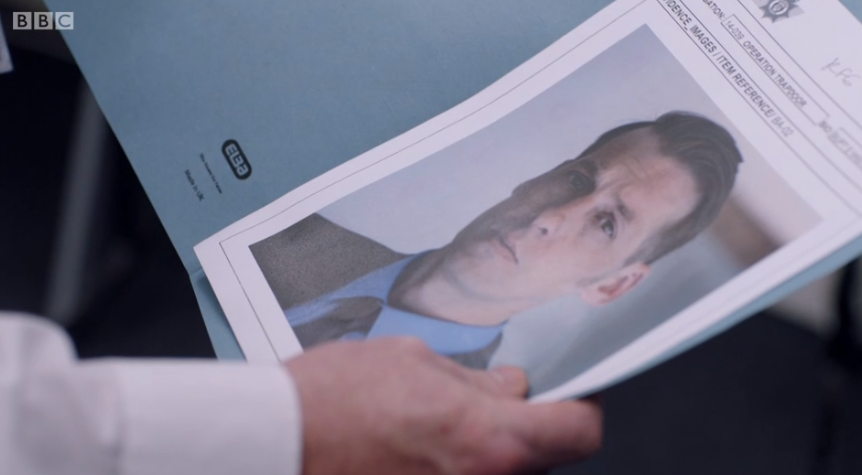 Jane Cafferty, the officer injured in the ambush at the very start of series five, identified the person who brought her into the corrupt police ring as DI Matthew 'Dot' Cottan.

He was killed in series three, which meant AC-12 was unable to back or refute Cafferty's claims. Was she really recruited by Dot - or was she just told to give his name if she ever got caught?

5) How did Hargreaves know about the trackers at Eastfield Depot? 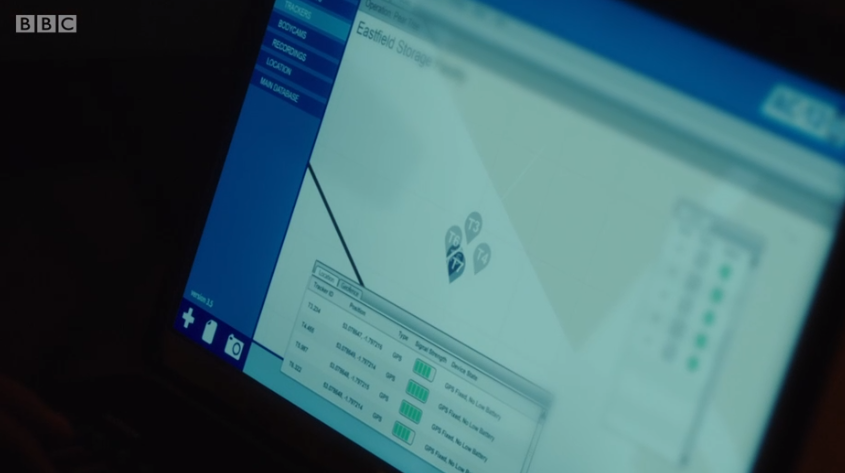 Hargreaves told them about the trackers (Credit: BBC)

When Hargreaves arrived at the raid on the Eastfield Depot, he foiled AC-12's plans by alerting the robbers to the presence of trackers in the drugs, jewels, weapons and whatever else they were stealing from the evidence warehouse.

How did he know they were there? He wasn't involved in the police sting, so who fed him the information?

6) Will the 'definately' typo give away H's identity? When Corbett was communicating with H via laptop, speaking and receiving responses in text form, the word 'definitely' was written 'definately'.

It's a safe assumption that H, as a high-ranking police official, would know how to spell the word definitely. This tells us the misspelling is of some significance.

Will this typo come into play later, possibly by giving away H's identity?

7) What happened to Ted's laptop?

After one of Corbett's conversations with H, the scene switched to Ted at his laptop in the hotel where he's currently living. Visibly aggravated, he closed the computer, wrapped it in bubble wrap and carted it off to a tech shop to be destroyed.

Was it broken down, as the signs on the shop suggested it would be? Or has it found its way into someone else's hands? And what was Ted doing that so desperately needed to be hidden - was he speaking to Corbett (as H), or is that too obvious? 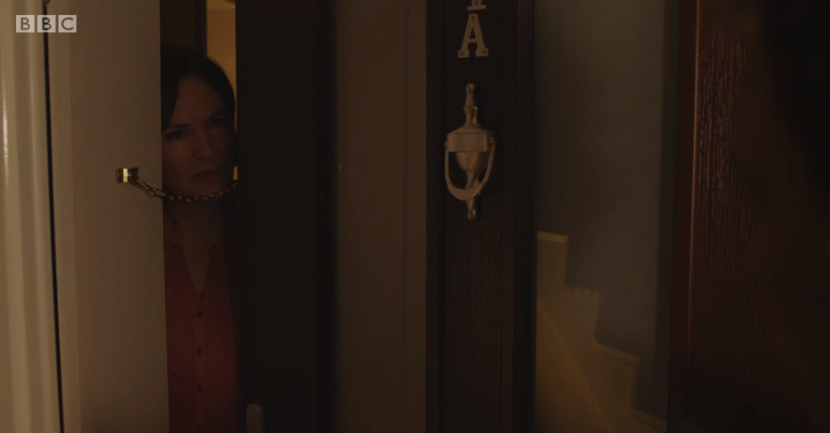 Surely she would know him? (Credit: BBC)

At the end of episode three, Corbett showed up at Mrs Hastings' place looking for Ted and pretending to be Steve Arnott. His face was in shadow as he held up a forged ID card and introduced himself.

He ventured that they'd met before and she told him: "I think once, it was a fair while ago." Why couldn't she remember having met Steve previously? Or was it the fact she didn't recognise Corbett's face that made her so cautious? She appeared to suspect something was amiss, as she left the chain lock on the door.

9) Why has Corbett gone after Mrs Hastings? 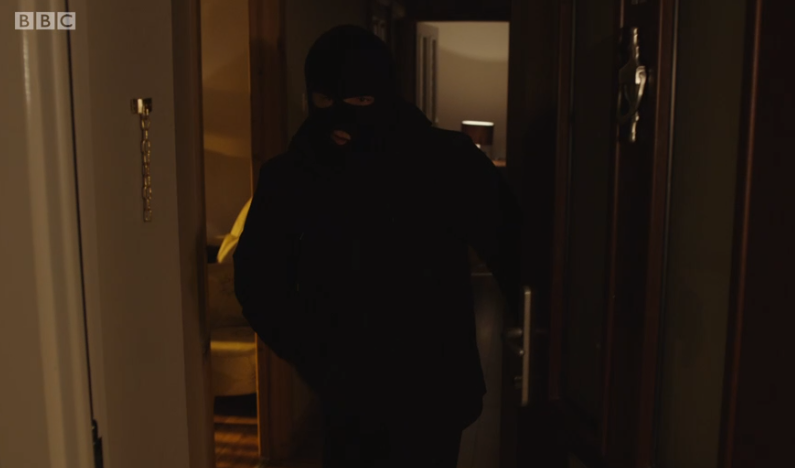 Will Corbett use her to get to Hastings? (Credit: BBC)

After Corbett asked for Ted at Mrs Hastings' door and she went back inside to give him a ring, Corbett pulled on his balaclava, cut the chain lock and entered her home.

Why has he gone after Mrs Hastings? Is he going to use her to get to Ted? Corbett is convinced the AC-12 boss is a wrong-un, so he'll probably do whatever it takes to get him.

Do you think Ted will turn out to be H? Leave us a comment on our Facebook page @EntertainmentDailyFix and let us know your theories.