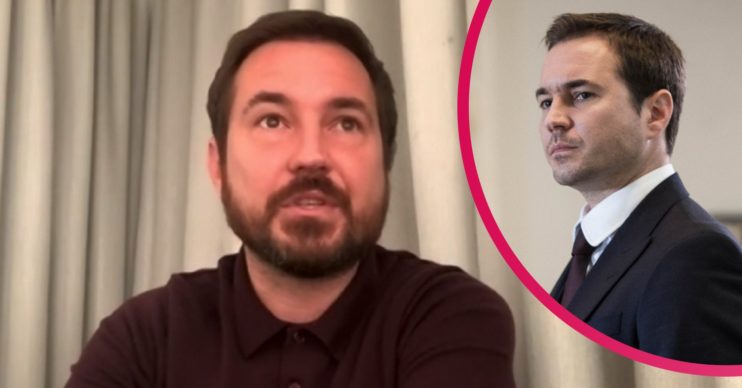 The new series of Line Of Duty will provide answers to some of the show’s biggest burning questions, according to star Martin Compston.

The 36-year-old Scottish actor, who plays Steve Arnott in the hit BBC cop drama, featured on Lorraine this morning (Monday, March 15) to talk about series six.

Daytime TV host Lorraine Kelly said she was “so happy” the programme was back on screens soon.

What did Martin Compston say about the new series of Line Of Duty?

Martin said: “Every time it comes back, it seems to get bigger and bigger, it’s exciting and terrifying. And obviously with everything that’s gone on, it’s going to be a different this year.”

Lorraine Kelly asked for details on the new series, but Martin remained cagey.

He continued: “One thing I will say is, there are a lot of big questions that get answered this year. I think personally… series three was a lot of our favourites because it was sort of the culmination of series one, two and three coming together.

Fans are ‘going to get answers’

Speaking further, Martin appeared to hint that viewers will finally learn the identity of the fourth H – the ring of corrupt officers or staff working in Central Police.

He told Lorraine: “There’s a lot of things going on, that people have been asking over the years, [and] they’re going to get answers.”

Martin also praised writer and show creator Jed Mercurio. He said: “There’s a run of three episodes in this series that I think is the best thing he’s ever written. They were absolutely thrilling to read and perform.

The Ted Hastings actor recently opened up about who he would like to see join the cast.

Speaking to The Sun, he said: “I would like to work with my mate Gary Oldman again. He would be an interesting person to bring into Line Of Duty. We worked together quite a bit when we were younger.

“I would love to get Dame Judi Dench in as a character. That would be a laugh, or Sir Ian McKellen.”

He added: “There are so many actors like that we could get in. The crossovers would be amazing, wouldn’t they?”

– The new series of Line Of Duty starts on Sunday, March 21 at 9pm on BBC One

Are you looking forward to series six? Are you hopeful it will answer some of the biggest questions? Leave us a comment on our Facebook page @EntertainmentDailyFix and let us know.