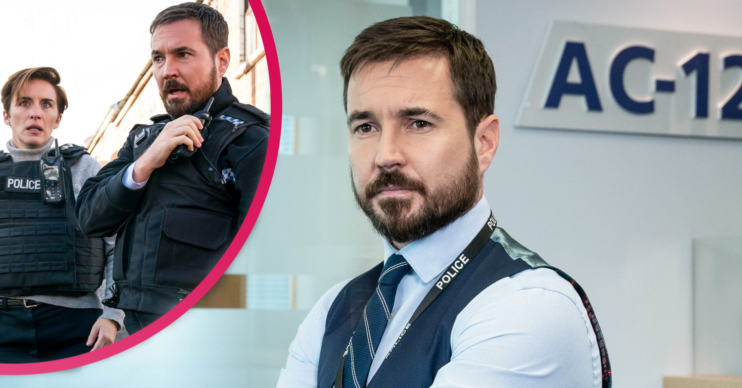 Mother of God, it's almost here!

Line of Duty wraps up its sixth series this weekend and star Martin Compston has called it the “perfect ending”.

The 36-year-old star, who plays DI Steve Arnott in the hit BBC One crime drama, also teased some “big answers” in the episode.

Furthermore, fans can’t wait to find out what happens.

What did Line of Duty star Martin Compston say about the finale?

With so many questions remaining, the series finale is set to be a blockbusting event.

And Martin teased that the key questions will be answered.

Speaking to the BBC’s Shrine of Duty podcast, he said: “What I will tell you is I think there’s a lot of payoffs coming this Sunday.

“There’s a lot of big answers and it’s deserved, people have stuck with us for a long time, so there comes a point where the story arch comes to an end.”

Who are the main suspects?

Some of the big questions Martin alluded to include the identity of ‘H’ or ‘The Fourth Man’.

Over the course of these six series, a procession of bent coppers and lawyers have been unmasked as members of the organised crime group.

Subsequently, only one now remains.

If Martin is right, all will therefore be revealed on Sunday night.

On the Daily Mail website, fans rushed to respond to Martin’s comments.

“If there’s one writer I trust to give a good ending it’s Jed Mercurio,” another wroted.

A third commented: “It’s been fantastic and I can’t wait to see how it ends!”

A fourth could hardly wait, and said: “This series has been the best yet. I really hope we shall all know who H is come Sunday night.”

Is this the last episode?

Another question on everyone’s lips is whether this will be the final series of Line of Duty.

Martin said on the podcast: “We don’t know… that’s nothing new.

Read more: Line of Duty: Will Sunday’s finale be the final episode ever?

“Jed always takes time after a series, like a couple of months.

“There’s a lot of stuff above my pay grade like analytics and audience scores. He takes the emotion out of it and looks at all that.”

In a previous interview, Mercurio said additionally: “We would hope there could be [a new series].”