Jed Mercurio got Line of Duty fans very worked up earlier today as he shared a picture from filming for the BBC drama's forthcoming sixth series.

Creator and writer Jed shared a shot of Vicky McClure as DI Kate Fleming and Martin Compston as DS Steve Arnott pointing guns at each other.

In between them is Superintendent Ted Hastings, looking unconscious - possibly even dead.

But before any fans het the wrong idea, there's also a very large 'H' across his lap and Jed's words confirmed it was all a set-up for fun.

He wrote alongside the image: "A great first week of filming #LineofDuty Series 6."

OMG I nearly had a little wee with excitement!

Fans clearly adored the wind-up, which raised expectations for the new series even more among hyped-up supporters. 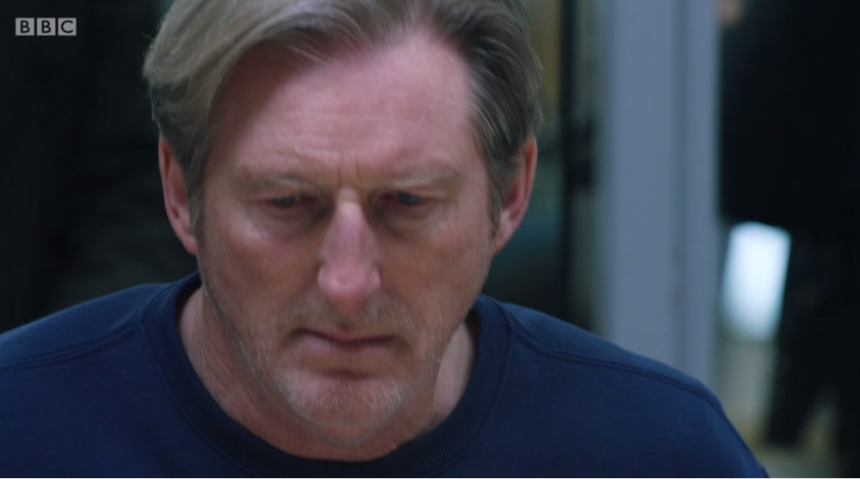 "This is the best photo to ever exist," one Twitter user replied to Jed.

"Looks pretty spoiler free to me," another joked.

And a third person gushed: "OMG I nearly had a little wee with excitement! Can’t wait."

Echoing one of Ted's many familiar expressions, another person tweeted: "Mother of God!"

"H for hilarious," contributed yet another observer.

And another post - among dozens of others to be tagged with plenty of laughing emojis - summed many other reactions with: "Brilliant.

"I love how you guys have so much fun filming."

Show runner Jed has previously promised that Kelly's character will be an "enigmatic adversary" for AC-12.