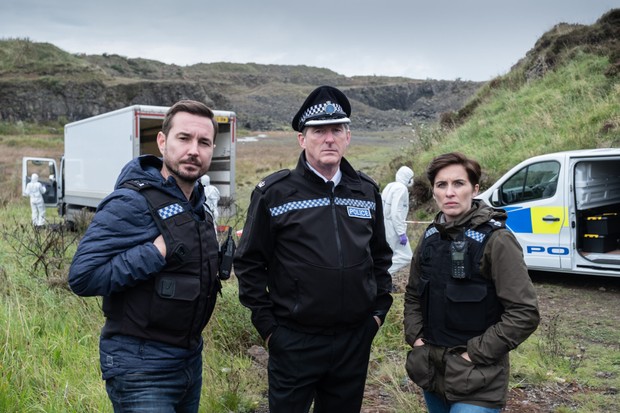 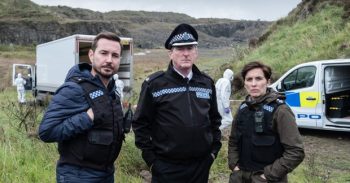 Line of Duty fans call out spelling blunder but is it really a clue about H?

The criminal 'definately' needs to but a dictionary

Line Of Duty viewers saw the funny side after spotting a spelling mistake in the latest episode of the crime drama.

One of the messages he received read: “Eastfield depot is definately high risk.”

Fans could barely contain themselves about the word “definitely” being spelled incorrectly.

While a few people thought it was a production error, most divined that it was a very deliberate part of the script, to point out H has gaps in his spelling knowledge… and something that may possibly expose him.

“Any chance of some correct spelling on #LineOfDuty,” asked one person on Twitter.

One tweeted: “I think the most monstrous thing H has done, is not being able to spell ‘definitely’.”

“Whoever ‘H’ is, he deserves to get caught for his criminal spelling of definitely,” said another,

“I can’t get over the spelling error in #LineOfDuty. If you put an ‘a’ in ‘definitely’ you are definitely a criminal,” joked one person.

“Was that spelling mistake a clue? #definately #definitely #LineOfDuty,” posted one viewer.

“I feel the spelling of “definately” is going to be a crucial piece of evidence,” said another.

Another said: “Tonight’s #LineOfDuty was THE MOST TENSE THING EVER but that spelling error must be the clue, right?! #definitelydefinately.”

“Hastings can’t be H cos I refuse to believe the man who conducts himself to the LETTER OF THE LAW can’t spell ‘definitely’,” said another.

So, has someone in AC-12 spelled the same word wrong in a previous episode? Are they about to do it again in an upcoming one, thus blowing their cover? Or is it just an error with the voice-to-text app and a total red herring?

We’ll have to wait and see! What are your theories after episode three? Leave us a comment on our Facebook page @EntertainmentDailyFix and let us know what you think of this story.

Line Of Duty continues on BBC One.