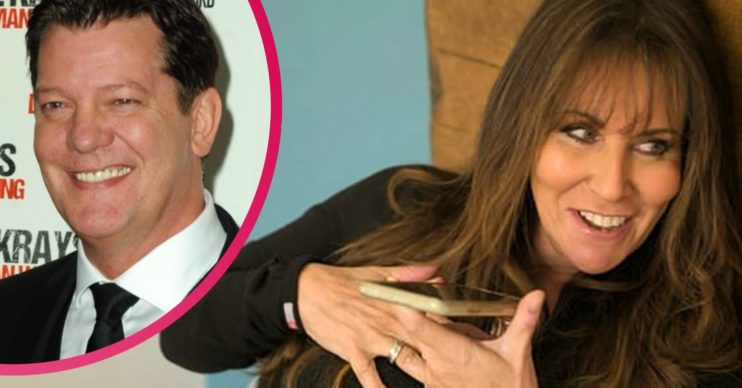 The husband of The Real Full Monty on Ice star Linda Lusardi, Sam Kane, has been criticised by viewers.

Linda, 62, was overheard on the phone with her former soap star hubby Sam, 52, discussing plans for the stage when things took a turn during Tuesday night’s show.

With Coleen Nolan sat next to her, Sam’s true feelings regarding the show began to unravel.

What did Linda Lusardi and her husband Sam say on The Real Full Monty on Ice?

Things became awkward when Linda revealed she would be on stage at the same time as the men.

Sam hit back: “I’ve got to be honest with you, I’m not overly happy. That’s mildly concerning that they’re all going to take a peek!”

Linda replied: “They’re all going to be worried about taking their G-strings off, not looking at me!”

Thankfully, Sam eventually came around to the plan.

He said: “So this is the deal – it is what it is. The outcome certainly outweighs the situation for me, by a million miles. For what you’re doing, it’s not worth worrying about.”

What did viewers say about Linda Lusardi and her husband?

Sam’s remarks didn’t sit well with some viewers at home.

As a result, many rushed to social media to share their concerns.

“That was awkward with Linda and her husband,” said on viewer. “Seems a bit strange when her reason for doing it is to raise awareness for cancer.”

Another tweeted: “Am I the only person cringing that Linda had to ring her husband to make sure she’s okay to perform next to other men???”

A third added: “So Sam didn’t want Linda to strip but is fine looking at the other women?!”

Hollyoaks star Jamie Lomas had to drop out of the show as he had tested positive for coronavirus.

Speaking to his fellow cast members via video call, Jamie reassured them that he felt totally fine and didn’t have any symptoms.

However, some viewers were confused as to how the show could still go ahead.

One fan tweeted: “I’m all for #TheRealFullMontyOnIce, it’s a good message but I’m confused. How could they continue when Jamie tested positive?!”