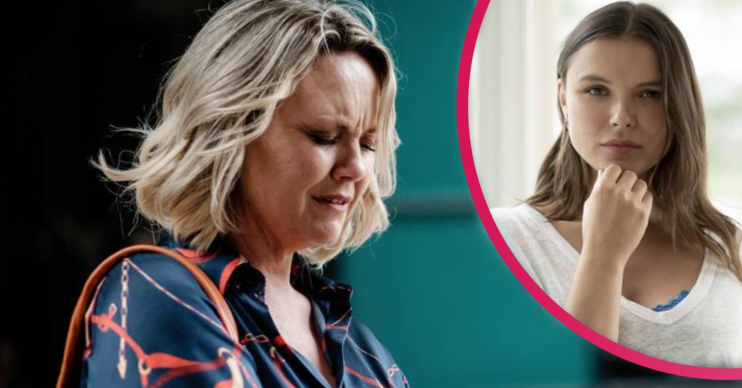 Who knew a hot nanny would be trouble?

The Lie With Me review is in, and viewers thought the plot twist at the end of the episode was “predictable”.

The Charlie Brooks thriller is running until Thursday on Channel 5, but initial reviews gave it a lukewarm response.

What did the Lie With Me review say? What happened in the first episode?

The story centres around Anna Fallmont (Charlie Brooks) and her husband Jake.

They and their two kids relocate to Australia in a bid to rebuild their marriage after Jake had an affair in London.

Read more: Lie with Me on Channel 5: Who’s in the cast alongside EastEnders star Charlie Brooks?

However, Anna is still paranoid that her hubby is having an affair and sets out to prove that he’s playing away again.

In the midst of all this, Anna gets a new job so hires a live-in nanny to take care of the children while the couple is out all day.

You can see where this is going…

And while young Becky gets on well with the kids, she becomes aware that Anna and Jake’s arguments give the house a bit of a stressed vibe.

It all seems as if Anna is heading for a breakdown, until the final scene, where it was revealed that Jake and Becky are having a steamy affair.

Furthermore, he’s planning to fit Anna up as a madwoman so he and Becky can take the kids back to London.

Of course. He knew Becky before.
Not predictable at all.#LieWithMe

It was obvious from the start it was her #LieWithMe

Call me Columbo. A 2 year old could've worked that out. The 'nanny' lover. How original…No, how boring. Like the Dragons say…I'm out! #Liewithme

Becky in the red lingerie. Getting her rocks off in the basement with the cheating husband
I didn't see that coming.#LieWithMe pic.twitter.com/k5NOyKI5Ee

It wasn’t long before viewers labelled the suburban thriller “predictable” after the affair between Jake and Becky was revealed.

One viewer wrote sarcastically on Twitter: “Becky in the red lingerie.

“Getting her rocks off in the basement with the cheating husband I didn’t see that coming. #LieWithMe,” followed by a gif of a man sighing.

Another viewer said: “Call me Columbo.

“A 2 year old could’ve worked that out. The ‘nanny’ lover. How original… No, how boring.

A third sighed: “Of course. He knew Becky before. Not predictable at all. #LieWithMe.”

Read more: Where was Lie With Me filmed and how many episodes is the Channel 5 drama?

However, it wasn’t all negative as some fans loved the plot twist.

One fan cooed: “Oooooooh that was good wasn’t it! #LieWithMe.”

Charlie Brooks Lie With Me