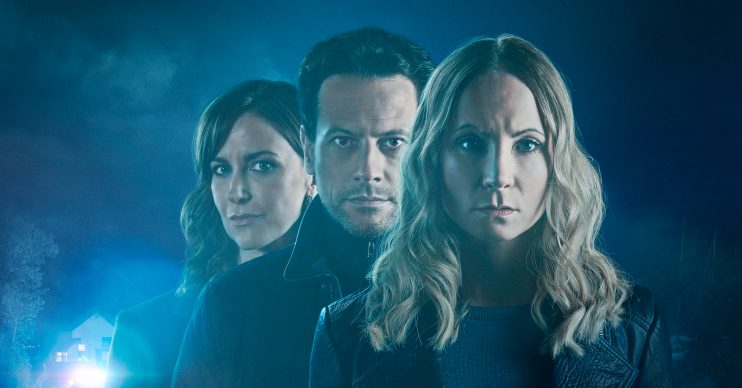 Last night’s episode of ITV drama Liar finally revealed it was indeed Laura Neilson who killed rapist Andrew Earlham – but his ‘friend’ Oliver Graham took the fall with Laura getting away scot-free.

But not everyone was happy with one viewer calling the ending ‘far-fetched and ridiculous’. A second unimpressed fan said ‘so we waited three long years to find out she did it anyway?’. A third called the show ‘nonsense’.

Plenty of viewers enjoyed Liar with one calling the series a ‘masterclass in acting’ and another saying it was ‘fabulous’ and ‘compelling’.

After six weeks of twists and turns and jumping back and forth in time, Oliver, who had been helping Andrew frame Laura for his ‘murder’ to protect his own dirty secret from coming out, found himself behind bars charged with doing away with the evil doctor.

He had planted evidence at Laura’s flat and bribed Detective Maxwell with his son’s drug past to make him tamper with Laura’s sat nav so it looked as if she had been at the ‘crime scene’ – a lock-up at the boatyard.

Andrew had been planning on disappearing for good, faking his own death, and framing Laura, but ended up dead when his plan went wrong and she attacked him in self-defence.

Oliver, who Andrew had been bribing with footage of his own rape crime, continued to ‘frame’ Laura.

But viewers were left in dark over whether he knew she was the real killer or not.

Oliver’s web of deceit unraveled and Laura managed to prove he had been trying to frame her.

But at the end of the episode, we finally saw how Laura killed Andrew.

And in a conversation with Laura, DI Renton admitted she still thought Laura was the murderer but was walking away from the case.

The end of #liar was so disappointingly far fetched and ridiculous

Got up early to watch the climax of @ITV’s brill drama #Liar as I missed it last night. So Laura really did kill Andrew – & got away with it! Thoroughly enjoyed the series – wonderfully written. Congrats to everyone involved. Truly a masterclass in acting by all the players 👌👏 pic.twitter.com/ioIKb2RssO

So we waited 3 LONG years to find out she did it anyway? #liar pic.twitter.com/L9BHEuE1v4

Absolutely fabulous. Incredible to get a second series as compelling as the first. Love it.x

‘One series too many’

Many viewers felt they had invested too much time in watching the show but had to see it through to the end.

One tweeted: “I think the true mystery of this series is not who killed Andrew, it’s how on earth us viewers found the mental capacity to tune in week after week.”

Others said writers should have left it at series one, with some viewers saying they’d got to the point where they didn’t care who the culprit was anymore!

I think the true mystery of this series is not who killed Andrew, it’s how on earth us viewers found the mental capacity to tune in week after week #Liar

So we had 6 weeks of Laura going to extreme measures to prove her innocence and it turns out it was her all along? 🙄 Should have just done one series, the storyline in the second has been ridiculous #liar #liaritv

Did you enjoy Liar? Visit our Facebook Page @Entertainment Fix and let us know what you think of this story.