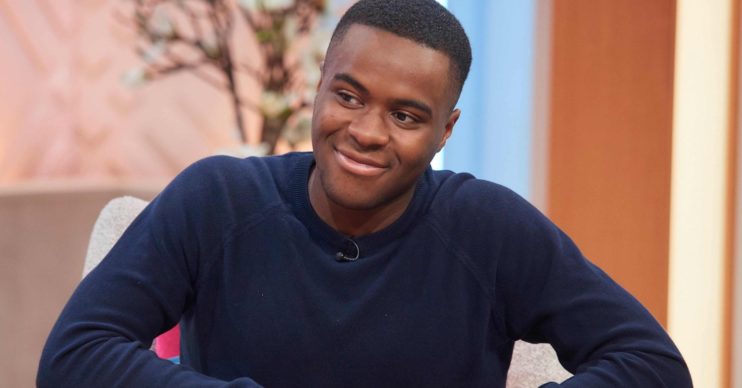 The Bake Off star recently confirmed his relationship status

Liam Charles is back on our screens to host Bake Off: The Professionals.

Series five kicks off tonight (May 26) with the 22-year-old taking the reins alongside comedian Tom Allen.

With the former Great British Bake Off star taking centre stage, many fans will be wondering about his personal life.

Does he have a girlfriend and if so, who is Liam Charles dating?

Who is Liam Charles dating?

Liam is usually extremely tight-lipped about his private life.

However, in April 2020, he confirmed that he is in a relationship with girlfriend Alexis.

Taking to Instagram, he shared a picture of him cuddled up with the brunette beauty.

Captioning the pic, he wrote: “And the rest was history. This big headed person is the sole reason why I keep going to LA.”

He then hinted that their relationship has been tested and he publicly apologised to his girlfriend.

“We have had our own ups and our downs especially because of distance and me just being just an absolute egg head at times,” he wrote.

“This Is not going to completely disregard everything I done, I’m just showing you how much you actually do mean to me. The whole entire [world.”

Liam didn’t state exactly what he’d done wrong, but he did explain why he doesn’t talk about his relationship in public.

“I’m not the person to put my whole personal life on social media because obviously there should be an amount that is kept behind closed doors just for my own sanity .

“You may of seen her feature from time to time. But I never really and truly championed her the way how I should of done.”

The Bake Off: The Professionals host then admitted that lockdown has been tough on his relationship.

Especially as Alexis is based in LA and he lives in the UK.

However , FaceTime and WhatsApp have been the couple’s “saving grace”.

Why is Liam Charles famous?

Liam became a celebrity after taking part in the 2017 series of Bake Off.

Although he didn’t win or even make it to the final, fans fell in love with his charismatic personality.

Since then, he has written two books, launched his own show called Liam Bakes and  is a columnist for the Guardian’s Feast magazine.

In 2018, Channel 4 confirmed he would host Bake Off: The Professionals.

What is Bake Off: The Professionals?

Series five was filmed at Firle Place in East Sussex.

Last year, the show was won by Thibault Marchand and Erica Sangiorgi from the Kimpton Fitzroy London Hotel.

The show first launched on the BBC under a different name, Bake Off: Crème de la Crème.

However, Channel 4 branded the series after taking it over.