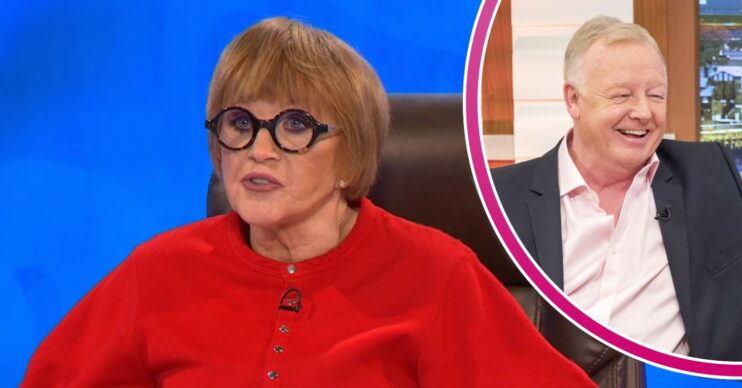 He's a temporary presenter over the summer

Actor Les Dennis has confirmed he will take over as the next presenter and host of Countdown.

The star will step into the shoes of Anne Robinson, who will step down in summer.

However, it’s just for August while series bosses hunt for a new regular host.

Les Dennis takes over from Anne on Countdown

The TV icon, who has presented shows like Family Fortunes in the past, confirmed the news on social media earlier today (July 25).

Read more: Carol Vorderman asks fans if she should make huge change to her appearance

He tweeted: “From 4th August until 15th I shall be hosting the iconic @C4Countdown It is such an honour. Hope you enjoy.”

From 4th August until 15th I shall be hosting the iconic @C4Countdown
It is such an honour. Hope you enjoy.

Anne, who is the sixth presenter to host the daytime quiz show, confirmed her exit and revealed she was glad she’s made TV bosses think about hiring older women.

She said: “I’ve had a blast hosting this wonderful show. And I stayed longer than I signed up for. Now it is time for an older woman to take the reins.”

She added: “I hope too I’ve encouraged TV bosses to realise that not all women at the wrong end of their seventies are in care homes playing bingo and watching conjuring tricks.

Read more: Amanda Holden: Who is her husband? Why did she split from Les Dennis?

“In fact the genius of Countdown is that it’s a brilliant way to keep the brain exercised. I run 5k most days of the week.

She continued: “And I can now do an anagram at twice the speed I could this time last year.

“But I have grandchildren, a large garden and a home in New York, all deserving more of my attention.”

Countdown fans react to the news

“At last, a reason to plug the telly in!!! (apart from @benshephard),” he joked.

“Nice to welcome you back on-screen hosting Channel 4’s Countdown. Certainly, will be watching your first edition going out a week on Thursday Les,” said a third.

Another declared: “Good of you to step in and keep the show going until a permanent presenter is appointed.”

“This is a perfect match for @C4Countdown,” said another.

Where else have we seen Les Dennis?

Les Dennis famously presented Family Fortunes between 1987 and 2002. He also played Michael Rodwell in Coronation Street for two years until his exit in 2016.

Outside of his professional life, he was also once wed to BGT judge Amanda Holden. The pair married in 1995, and instantly became one of the UK’s most recognisable couples.

However, disaster struck five years later when Amanda had an affair with actor Neil Morrissey.

Amanda and Les briefly split, however, they later got back together and were determined to make it work.

Sadly, things didn’t go to plan and the pair divorced in 2001.