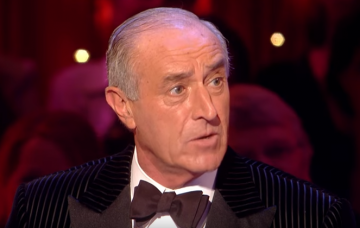 He prefers to spend time with his family

Len Goodman has said he doesn’t keep in touch with the Strictly Come Dancing judges.

The 74-year-old professional dancer and former judge on the popular BBC show hasn’t kept in contact with his former colleagues, Craig Revel Horwood, Darcey Bussell and Bruno Tonioli, because he prefers to spend his free time with his family.

Len told Good Housekeeping magazine: “No, [I’m not in touch with the judges] – I’m a geezer!

“No, I don’t meet up with them. I met up with Bruno because we were judges on the American version [‘Dancing with the Stars’] but Craig lives in the wilds somewhere and Darcey has a family.

The dancer believes that current head judge Shirley Ballas – who succeeded his place on the panel in 2017 – has done “very well” in replacing him.

He said she’s “been true to herself” and isn’t “trying ot be what she’s not”.

While Len believes Ashley Roberts is the best dancer remaining in the competition, he predicts the public may sympathise with underdog Joe Sugg and vote for him to win the Glitterball Trophy this weekend.

Ashley has found herself in the bottom two for the past three weekends.

During an appearance on Strictly’s It Takes Two, the star admitted she mentally prepared herself to be in the dance-off again before last weekend’s show.

She said: “I mentally prepared myself just in case because being in the bottom two twice in a row, I think you have to do that.

“I obviously wanted to make it through to the final and we had to battle to do that. It’s not a good feeling.

“I just looked at [Pasha Kovalev] and said: ‘Hey look, we’ve just got to go out there and enjoy ourselves.'”

Ashley, 37, and professional partner Pasha Kovalev claimed the only perfect score of the night, impressing the judges with their second dance, which was filled with dramatic lifts that Bruno Tonioli described as “out of this world”.

Shirley Ballas described the routine as “absolutely stunning on every level” and Craig Revel Horwood could only clap in response to the dance.

Who do you think will win Strictly this weekend? Leave us a comment on our Facebook page @EntertainmentDailyFix and let us know what you think.