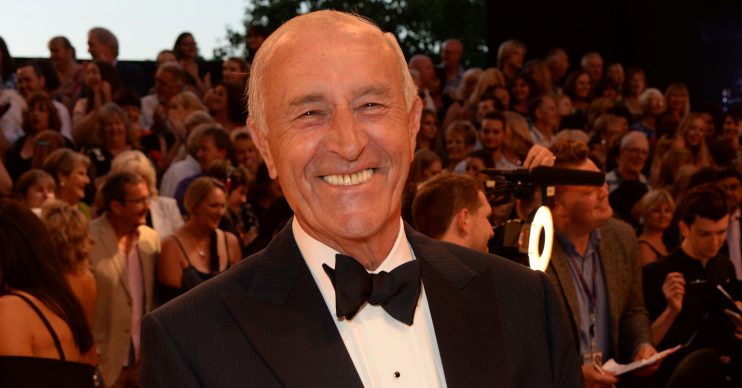 Former Strictly Come Dancing judge Len Goodman shocked US viewers of Dancing with the Stars this week with one of his comments directed at a celebrity contestant.

Len, who is Head Judge on the US version of the BBC dance competition, told former Fifth Harmony singer Ally Brooke “not to touch him again” after she gave him a high five following her Rumba.

Ally, 25, had rushed over to the judges’ desk after he praised her performance.

But after she excitedly reached over to high five him, Len bluntly told her: “Don’t get overwhelmed. Don’t touch me again.”

While Len, 75, was probably just joking, Ally – and people at home – didn’t see the funny side.

A bemused Ally replied: “I gave you a high five?”

One viewer tweeted: “I can’t believe Len snapped at Ally like that! ‘Don’t touch me again!’ Seriously? She high fives you. Get that grumpy old man off the air! It’s just a reality TV show.”

A second wrote: “Watching Len Goodman be that rude to Ally was so uncomfortable to watch! I can’t imagine how it made her feel. That was so rude of him. It really is his time to go!”

A third tweeted the show saying producers should talk to him, writing: “Len Goodman’s comments to Ally tonight were unacceptable and the producers need to check his attitude. Ally trying to high give him and he says ‘don’t touch me again!’ Disgusting!”

@DancingABC Len Goodman’s comments to Ally tonight were unacceptable and the Producers need to check his attitude. Ally trying to high give him and he says “don’t touch me again!” Disgusting!

Normally I have a lot of respect for Len but the way he just spoke to Ally was so unkind and rude and I am so annoyed. #DWTS

Cannot stand Len, @DancingABC – it’s time he goes. He’s beyond rude to everyone. Telling Ally “don’t touch me again” while she was simply giving him a high five for a nice comment – not cool.

The pop star has joined the likes of former White House press secretary Sean Spicer and Dawson’s Creek actor James Van Der Beek on this series of the US show.

Len was one of the very first Strictly Come Dancing judges when the show began in the UK in 2004. He left in 2016, with Shirley Ballas taking over.

He’s appeared as Head Judge on Dancing with the Stars since 2005 alongside Bruno Tonioli and Carrie Ann Inaba.