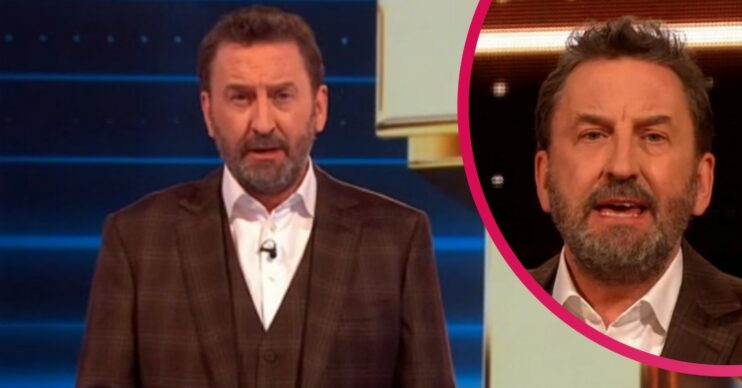 Lee Mack has left fans of The 1% Club begging for more as they love his hosting skills.

His Saturday night gameshow came to an end last night (May 28) and viewers already can’t wait for the host and comedian to return to our screens again.

Even though some viewers were admittedly dubious about Lee’s hosting credentials, they have all been proven wrong.

Fans are desperate for Lee to present more shows on TV with one saying they “didn’t realise I needed Lee Mack as a presenter in my life.”

Another added: “Can Lee Mac present every game show?”

Really enjoyed @1PercentClubITV, I didn’t realise I needed Lee Mack as a presenter in my life, say they’ll be another series????????????? #The1PercentClub

Lee Mack has always been a must watch on TV for me, and with the popular #The1PercentClub getting commissioned for series two. I think Lee would also be a great fit for ‘The Price Is Right’, ‘Strike It Rich’ or ‘Wheel Of Fortune’ job if @ITV ever gave these a full series outing.

Not gonna lie but when I first saw an ad for Lee Mack doing a game show I was really unsure about it even though I liked him! But honestly I couldn’t think of anyone better to host #the1percentclub 😆

Will The 1% Club be back for a second series?

ITV confirmed last month that the hit game show will come back for a second series of eight new episodes.

Having launched strongly in its Saturday night slot with a 25 percent audience share, it continued to grow, hitting 4.5million viewers for episode two.

The format of the show sees 100 contestants starting out, but they will only progress through the rounds if they can answer a question only 1% of the country would get right.

It’s not about general knowledge or research, it’s all down to logic and common sense.

Of the recommission, Lee said: “Delighted to be back. Once again I have been trusted to correctly give away up to one hundred thousand pounds with no mistakes. Good luck, ITV.”

The 1% Club hit with complaints

Viewers were fed up complaining the graphics were too small so they couldn’t read the questions to play along.

They have begged for the show to create an app to go with the second series to make it easier.

Are you pleased Lee Mack has had his show recommissioned? Leave us a comment on our Facebook page @EntertainmentDailyFix and let us know what you think!