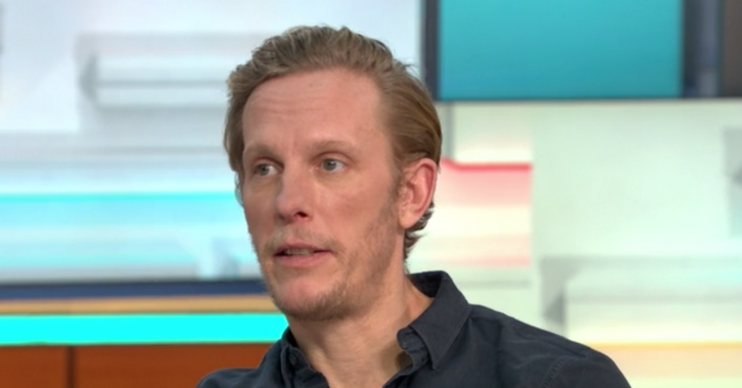 The 41-year-old had claimed him being referred to as a “white privileged male” during a wider discussion about Meghan Markle and her treatment by the press was “racist”.

The ex-husband of Billie Piper went on to slam “wokist” people as “fundamentally racist” in a subsequent media appearance, and has previously suggested he no longer dates younger women because of perceived liberal views.

The dad-of-two stuck to his guns on Good Morning Britain earlier today – but even host Piers Morgan expressed reservations about Laurence’s criticism of the inclusion of a Sikh soldier in Oscar-nominated film 1917.

Piers reflected: “That to me… I didn’t really get what you were getting at and felt it was insulting to the Sikh soldiers that served.”

Going on to ask whether either the outcry or praise Fox had received on social media over the past few days had affected him, the actor admitted: “I’ve definitely got a small bout of hopefully temporary insomnia.”

I think when people don’t have an argument, your rage starts to increase.

And in response to Susanna Reid asking him whether he was “worried”, he responded: “I’ve had death threats and I’ve got children so… It’s not pleasant.”

However, he also noted he wasn’t sure why people might want to kill him.

Fox continued: “I think when people don’t have an argument, your rage starts to increase.

“I still stand 100% behind what I said on Question Time. I continue to believe it.”

Laurence told an audience member he was ‘bored’ with accusations of racism being levelled when considering Meghan and coverage of her, insisting: “We are the most tolerant lovely country in Europe.”

And following the remark in which it was hinted he couldn’t relate to the Duchess of Sussex’s experiences, he sighed: “I can’t help what I am.

“I was born like this. It’s an immutable characteristic.

“So to call me a white privileged male is to be racist. You’re being racist.”

‘People shouldn’t be afraid to say how they feel.’

Laurence Fox defends his right to an opinion after causing controversy with his comments on the inclusion of a Sikh troop in Sam Mendes directed war film, 1917 and his comments on racism on Question Time. pic.twitter.com/aELNnvMFRK