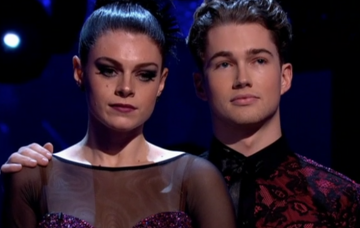 Ashley Roberts faced the dance-off for a third week running

Lauren Steadman and AJ Pritchard have become the eighth couple to be voted off Strictly Come Dancing.

The show’s youngest pairing went toe to toe with Ashley Roberts and Pasha Kovalev, who found themselves in the dance-off for a third consecutive week.

On Saturday, all five of the remaining couples in the competition performed two routines.

Lauren found herself at the bottom of the leaderboard, while Ashley was at the top, joint with Faye Tozer, having scored a 40, her second of the series.

When asked how she felt about being in the dance-off again,Ashley said: “We’re going to go out there and dance our hearts out. Again.”

They chose to perform their American smooth again. 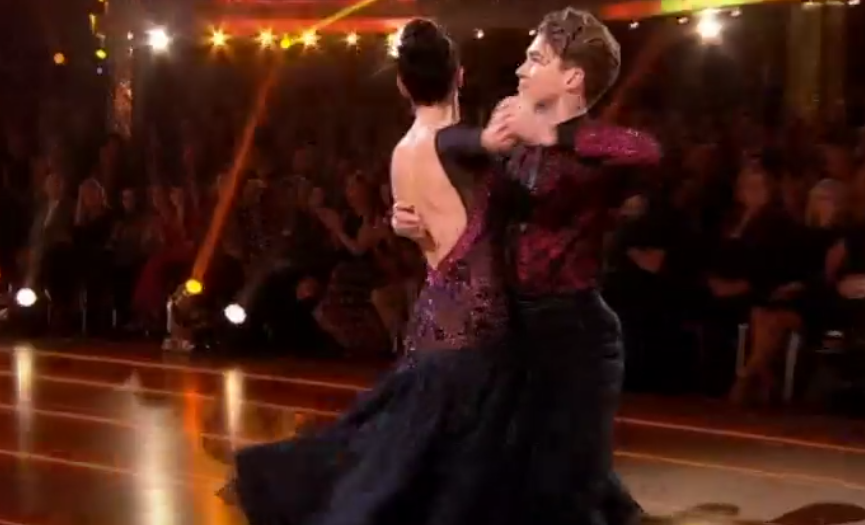 Lauren, meanwhile, said she was happy to have got this far in the competition.

Head judge Shirley Ballas said she agreed with that judgment.

Viewers had mixed reaction to seeing Ashley, who is so obviously one of the most talented dancers in the competition, face the dance-off yet again.

A lot was negative, due to her perceived professional status as a dancer.

When are the judges gonna understand that the public don’t want Ashley to win? Stop putting her through! #Strictly

Why should Ashley be proud for literally doing her day job? #strictly

There was plenty of support too…

Did everyone complain as much about alesha dixon when she was on strictly and ended up winning it ,she would have been like Ashley an Faye, could already dance etc , feel like everyone this year has moaned about Ashley an Faye over anyone else ever on #Strictly

Bit mean keep voting Ashley into the bottom two. Blame the producers, it’s not her faults she has some dancing experience so stop being so bloody mean!!#Strictly

Glad Ashley got through to the final. Yes I know every one is saying she's professionally trained, so is Fay by the way but def a better performance than lauren who I thought was on borrowed time anyway. Stacey to win. #Strictly

I can understand why people don't want Ashley to win but she deserves to be in the final. She's a fantastic dancer. #Strictly

i really don’t get why ashley is so unpopular with the public vote. is it because she’s american? the “professionality” surely is the same level as faye’s! #strictly

Did the right couple go?  Leave us a comment on our Facebook page @EntertainmentDailyFix and let us know what you think.