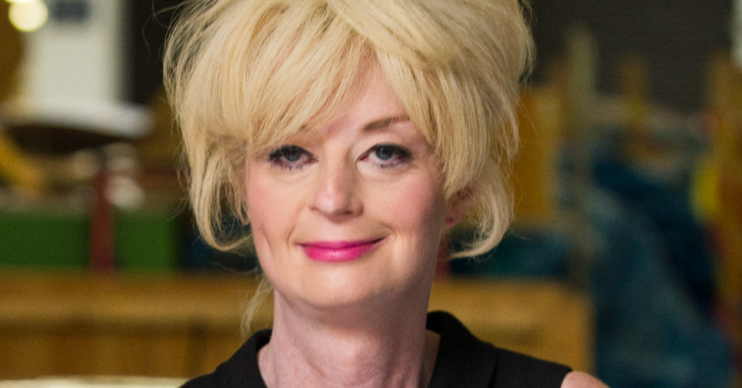 Lauren Harries returns to Naked Attraction – what happened on the dating show?

CBB start made a VERY memorable appearance on Naked Attraction

The transitioned star, 43, has led an eventful rollercoaster of a life.

But how did she become famous and what happened when she appeared on Naked Attraction?

From the age of five, he bought and sold antiques and his often quirky dress sense attracted television bigwigs.

In the late 1980s he was a regular on BBC One chat show, Wogan, where his smart dress sense put him at odds with other 10-year-olds.

He also stated that he wanted to become the nation’s youngest Prime Minister.

When did James transition to Lauren?

The Harries family fell on hard times during the recession of the late-1980s and sued the government.

James’ father was then accused of arson and burning down the family’s fancy dress shop.

He was imprisoned for five-and-a-half years for insurance fraud.

There was more upheaval for the Harries when, aged 19, James changed his name to Lauren.

And then, a year later, Lauren underwent gender reassignment surgery and transitioned to a woman.

However, she stated in an interview with The Guardian in 2001, that her mother approved.

“My mother realised that I was a girl, that was the thing . . . and so we interacted like sisters, more than mother and daughter.

“We are sisters, really. And we’re going to be in Bella magazine together – we’re both blonde.”

In the limelight again

After she had transitioned, Lauren became a hot property again.

In 2006, she appeared on the Channel 5 series, Trust Me – I’m A Beauty Therapist and then, in 2013, Celebrity Big Brother on the same channel.

Lauren ran into trouble on day eight when she attempted to share some of her meds with fellow contestant, Courtney Stodden.

Despite a ticking off from Big Brother and receiving a warning, she finished third in the competition.

Charlotte Crosby was named the winner.

What happened to Lauren in Naked Attraction?

In 2019, Lauren raised more eyebrows when she appeared on the controversial Channel 4 dating show-with-a-difference, Naked Attraction.

The then 41-year-old bared all in a bid to grab the attention of Ryan.

However, when he told her that she was “too old” for him, she threw a tantrum.

“You could have had the goods but you are not having them now,” she fumed.

“You’re not going to get my backside now.

“I’m going, I don’t want to be around him. Never talk to a woman about age, make up something.”

After the show, she announced that she was retiring from public life and all social media because of the “negativity” she faced after appearing on the show.

She has since returned and now creates art and is now a singer.