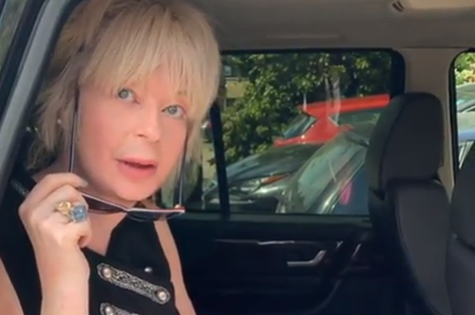 The reality show reportedly starts in a few weeks

Over the past few months, the former Celebrity Big Brother star has gained many fans by posting multiple videos of herself dancing to rap music whilst either hanging her laundry on a washing line or walking down the street wearing a skimpy outfit.

Lauren, 41, shared a video of herself to Instagram this week posing in a blue patterned swimsuit as she told fans she would see them “in the villa”.

In the clip, she said: “Hello my angels. Now I have this drop-dead gorgeous body, bring on Love Island.”

Lauren captioned the post: “I’ve got a text!!!! See you in the Villa boys.”

Fans were quick to share their thoughts on Lauren potentially going on the reality show – with many begging her to do it.

One person said: “Omg best season ever if you were on it!” while another wrote: “Are you going on Love Island Lauren? That’s brilliant if you are.”

A third added: “Please tell me this is true. It’ll make the show 100x better.”

Lauren is no stranger to reality TV as she appeared on Celebrity Big Brother in 2013, in which she finished in third place.

The star has racked up over 20,000 followers on Instagram since she started sharing hilarious and highly entertaining clips with fans.

Earlier this week, Lauren showed off her bikini body in a video as she danced to Stefflon Don’s song Hurtin Me.

Meanwhile, Love Island is rumoured to be starting on Monday 3rd June.

Earlier this month, the Daily Star claimed 23-year-old YouTuber Sav Berry has been lined up for the ITV2 reality show.

Also tipped to appear in the 2019 line up is Rochelle Humes’ younger sister Soph Piper.