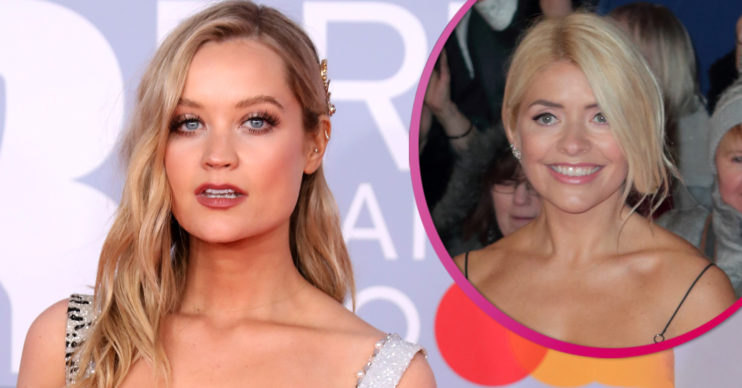 Holly was on the show for 12 years

Laura Whitmore and Michelle Keegan are in the running to replace Holly Willoughby on Celebrity Juice.

The 39-year-old presenter recently walked away from the show after 12 years in order to spend more time with her family.

Now, Laura rumoured to be the favourite to replace Holly on the show.

A TV insider told the Sunday Mirror newspaper: “Laura has been a familiar ITV face for over a decade now and she is perfect to retain the show’s younger audience.

“Laura also gets on with Keith Lemon, which is important, and she has taken part on Celebrity Juice in the past.”

Ent Daily has contacted reps for Laura for comment.

What has Michelle said?

Speaking about the speculation, the former Coronation Street actress explained on The One Show: “I can officially say that’s not true.

“Don’t get me wrong, I’m a massive fan of the show. I love the show, I find it hilarious.

Michelle also admitted she is open to returning to Our Girl.

Laura has been a familiar ITV face for over a decade now.

The actress starred as Georgie Lane in four series of the military drama, and Michelle confessed she’s open-minded about a possible return to the show in the future.

She added: “I’ve done four series altogether and I just thought Georgie deserved a bit of break. It was just for me to try and get other opportunities.

“I’m glad it’s over now because now I can officially say, I can always come back. The door has been left open for Georgie.

“I absolutely love the show, I’m so proud of it. Hopefully you’ll see Georgie again.”

Should Laura replace Holly? Leave us a comment on our Facebook page @EntertainmentDailyFix and let us know what you think!