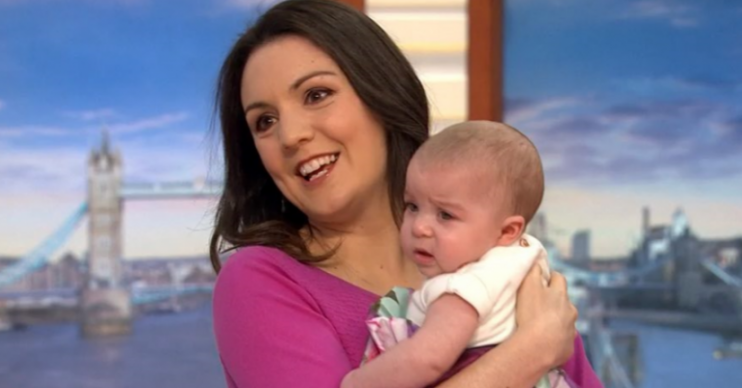 Dr Hilary to the rescue!

Resident Good Morning Britain medic, Dr Hilary Jones, has been a staple on our screens for 30 years.

During his time on breakfast TV, Dr Hilary has dished out medical advice that has helped millions of people up and down the country.

But during today’s (Thursday May 23) episode of Good Morning Britain, weather presenter Laura Tobin revealed that the doc dispensed some first-hand advice that identified her premature labour symptoms.

Each of them shared stories about his broadcasting career, but Laura told viewers how he potentially saved her and baby Charlotte’s life, admitting that things could have been “very different” if he hadn’t stepped in.

Laura said: “I was at work and I thought I just had a bit of tummy pain or Braxton Hicks and it was only Dr Hilary that knew I was actually going into labour at 27 weeks.

“Dr Hilary phoned the hospital, got me there safely, kept me calm and sort of kept me in the dark for a while so I didn’t panic.

“Because of him, Charlotte arrived safely and it could have been a very different story for both of us, so thank you.”

During the segment, Susanna also recounted a story about how Dr Hilary helped her.

“I’d like to say a massive thank you because we did an item together where you showed what to do if a baby was choking,” she said.

“A couple of weeks after that I was walking to the shops and a mum was screaming because her baby was choking on a bit of fruit loaf.”

“I popped into the house and said, ‘let’s try this’ and popped the baby over my knee and whacked it on the back.

“It’s that confidence that you give people. I wouldn’t have had a clue knowing what to do.”

Has Dr Hilary helped you? Head over to our Facebook page @EntertainmentDailyFix and let us know what you think!